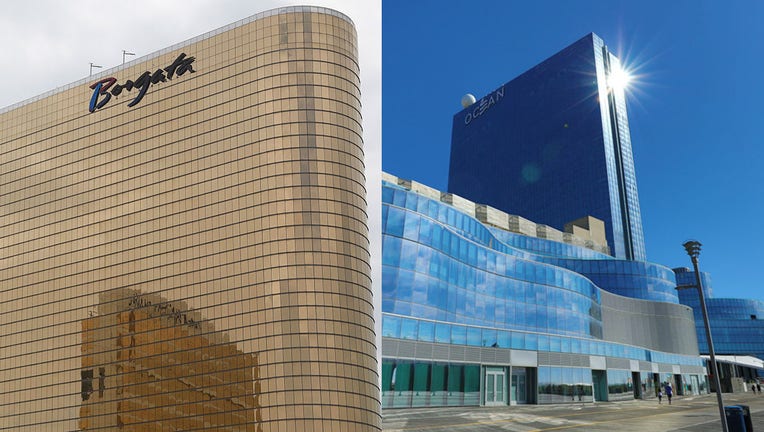 MGM Resorts International, which owns the Borgata, said in a statement Friday it has dropped its litigation against Atlantic City's Ocean Casino Resort, following a settlement agreed to by both parties.

A court filing gave no details of the terms of the agreement other than that it was reached "amicably."

Ocean has denied any wrongdoing.

But MGM Resorts said in a statement that, "Ocean has agreed to honor Borgata's restrictive covenants, including its non-compete, non-solicitation and confidentiality provisions that are designed to protect Borgata's trade secrets."

Ocean would only say it is glad the matter has been resolved.

In a lawsuit filed last August, the Borgata accused its rival Ocean of poaching a half-dozen of its top marketing executives in an attempt to "cripple" it by using secret details about its best and most profitable customers.

At particular issue was a cellphone one of the executives was said to have taken with him from Borgata to Ocean, containing priceless information on Borgata's top customers — including their personal cellphone numbers, gambling preferences, likes and dislikes including favorite foods and beverages, how much the casino might be willing to discount large losses for them, and instances in which the casino might change the rules of some games for these players.

A judge later ordered the cellphone returned to the Borgata.

The lawsuit claimed one of the former Borgata executives oversaw that casino's highest-level customers: those who spent $1.5 million to $4 million per visit. Collectively, these customers were worth at least $25 million a year to the Borgata, which would use its corporate jet to fly them to events, and to and from the casino.

The Borgata continues to lead the nine-casino market. But the lawsuit paints Ocean as "indisputably Borgata's direct and primary competitor for high-level casino customers in Atlantic City" — an assertion that might raise a few eyebrows over at the Hard Rock casino.

Ocean is the former Revel casino, which shut down in 2014 after little more than two years of operation during which it never came close to making a profit. But having reopened in 2018 under the Ocean brand, and currently owned by New York hedge fund Luxor Capital, the casino has turned things around and improved its standing in the Atlantic City market. It ranked fifth among the nine casinos in terms of total revenue in 2020, although the Borgata still takes in nearly three times what Ocean does.