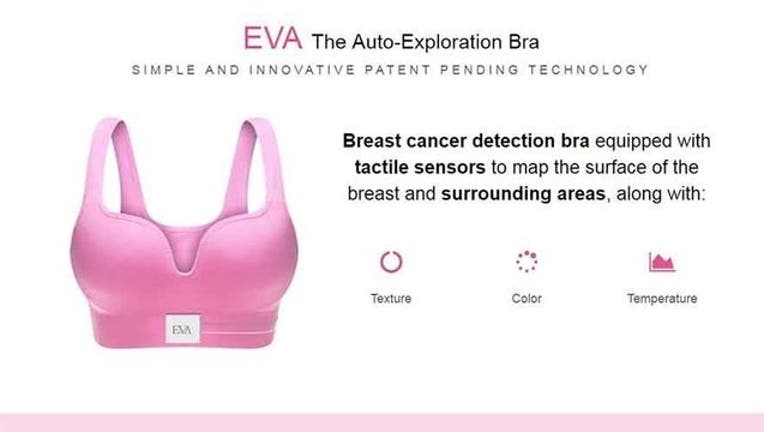 (FoxNews.com) - An 18-year-old student from Mexico won the top prize at the Global Student Entrepreneur Awards (GSEA) this weekend for his creation of EVA, an intelligent bra that can help in the early detection of breast cancer.

Julian Rios Cantu said he was inspired by his mother’s struggles as she repeatedly battled the disease and eventually had both breasts removed.

The bra, which he developed with three friends through his company Higia Technologies, is equipped with around 200 biosensors that map the surface of the breast and monitor its temperature, shape and weight.

He said the device was conceived primarily for women with genetic predisposition to the disease.

“Why a bra? Because it allows us to have the breasts in the same position and it doesn’t have to be worn more than one hour a week,” he said in an interview with El Universal.

Rios Cantu, an engineering student from Monterrey, explained that the biosensors map the surface of the breast and can determine thermal conductivity by specific zones. More heat would indicate more blood flow, he said, therefore indicating that those blood vessels are “feeding” something — usually some type of cancer.

"EVA is a network of biosensors that covers the woman’s breast, takes the temperature data, analyzes them, and sends the information to an application or any computer,” Rios Cantu said, as quoted by Infobae.

“As soon as there is a malformation in the breast or a tumor, there is an over-vascularization; so to more [flow of] blood, the higher the temperature," he added.

Rios Cantu took home $20,000 after beating out 13 other student entrepreneurs from around the world. He had previously won the first edition of Mexico’s Everis Award for Entrepreneurs.