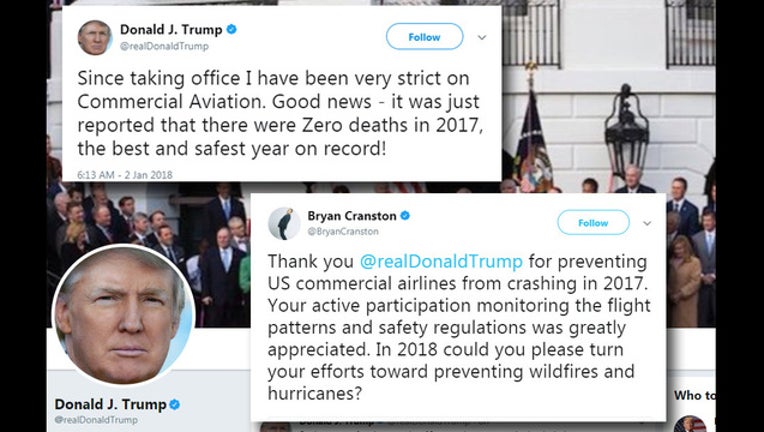 Bryan Cranston mocked Donald Trump on Tuesday after the president took credit for having no reported commercial aviation-related deaths in 2017.

“Thank you @realDonaldTrump for preventing US commercial airlines from crashing in 2017. Your active participation monitoring the flight patterns and safety regulations was greatly appreciated. In 2018 could you please turn your efforts toward preventing wildfires and hurricanes?” the “Breaking Bad” actor sarcastically tweeted.

“The best and safest year on record!” he concluded.