Arthur "Buddy" Harrison who was well known in DMV for his community service and boxing gym was shot and killed outside of his Southeast, D.C. on Saturday morning, according to police. FOX 5's Nana-Séntuo Bonsu has the latest on the investigation into the shooting and how community members are remembering Buddy.

WASHINGTON - Arthur "Buddy" Harrison, Jr., a man who was well known in the DMV for his community service and boxing gym, was shot and killed outside of his home in Southeast, D.C. on Saturday morning, according to police. 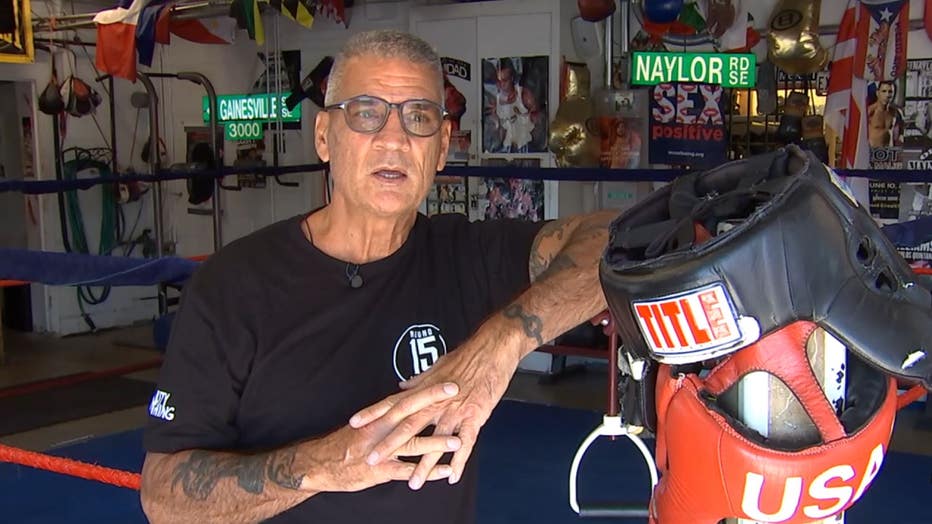 According to MPD officials, the shooting was reported around11:39 a.m. Saturday along the 2700 block of 30th Street.

Once at the scene, officers found Harrison unconscious and suffering from gunshot wounds. Police said Harrison was taken to an area hospital and later pronounced dead.

Police released a lookout for three suspects in the shooting. They say the suspects were wearing all black during the shooting, and they are all believed to be armed.

Arthur "Buddy" Harrison, Jr., a man who was well known in the DMV for his community service and boxing gym, was shot and killed outside of his home in Southeast, D.C. on Saturday morning, according to police.

Police also released information about a suspect vehicle in the shooting. The car, which can be seen below, is described as a white Kia Optima sedan with Ohio plates JAU 3816. 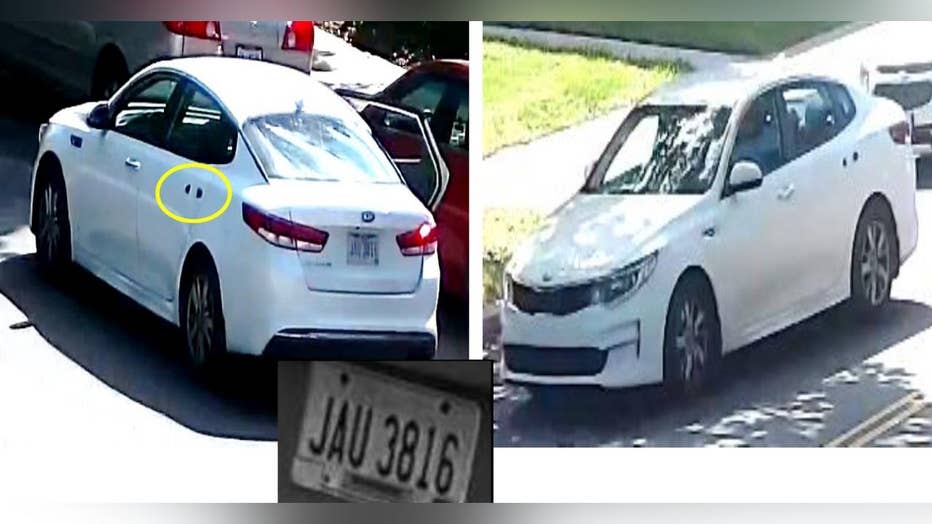 FOX 5 has previously reported on Buddy Harrison and his mission to help his community through boxing, and even spoke to him after he helped stopping a shooting in D.C. in October 2020.

FOX 5 again spoke with buddy in November 2020 during a "Pay It Forward" segment. During the emotional interview, Buddy described the tough background's many of the kids at his gym came from.

"Quite of few of them, they don’t have nothing," he says. "I have kids that stay in the shelter. Some of the kids here are living with their grandmother, their father is in jail, and the mother is on drugs. That story can be said about lots of kids here."

Due to this, the community began recognizing Buddy’s efforts to create stability and teach more than just boxing. They came together to help. He started getting donations of shoes, coats, and equipment. After several months he was getting so many donations he began taking them down to homeless encampments throughout the city.

FOX 5 spoke with members of the community who were mourning the loss of Harrison on Saturday.

READ MORE: Old School Boxing gets a lift for its mission during pandemic

They tell FOX 5 that the community lost a true leader, saying Buddy was a dedicated father, husband, friend, Good Samaritan, and coach.

"He helps underprivileged children, he is huge with the homeless. He gets trucks full of clothes and shoes, parks them in Washington, DC that says free shoes and free clothes," Marla Hammond, a friend of Buddy's since fifth grade, tells FOX 5. "It's a huge loss to the community, thousands and thousands of people were touched by Buddy's life."

"I'm still trying to process it, I still can't even. I can't believe it," Hammond added.

Pay It Forward: Old School Boxing gets a lift for its mission

Buddy Harrison's Old School Boxing gym has been lifting up DC area youth for years. Amid the pandemic, it's fallen on hard times. But now, it's getting a lift of its own.

Community members also told FOX 5 that they want Buddy to know they will be forever grateful for the contributions he made. They added that they hope the community will come together to keep the boxing gym open, and Buddy's important mission going.