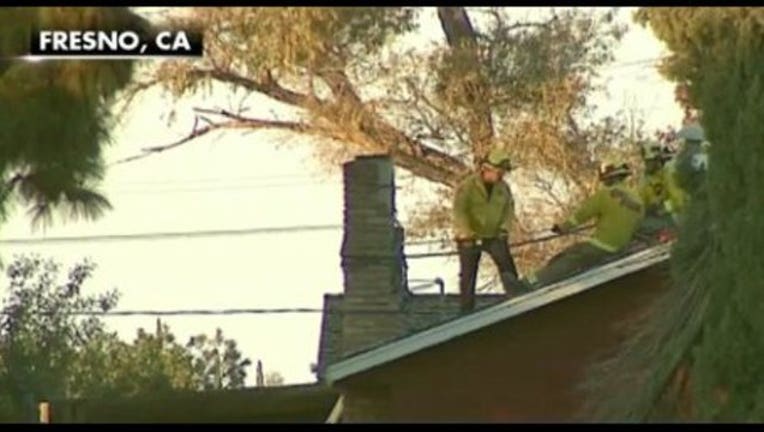 FRESNO, Calif. (FOX News) - A burglar stuck in a chimney died Saturday after the homeowner lit a fire in the fireplace, California authorities said.

The burglar climbed in the chimney Friday night to rob the home in the small city of Huron but became stuck, Fox 40 reports. The man was discovered just before 3 p.m. Saturday when the homeowner came home and lit the fireplace.

The homeowner heard the burglar scream from inside the chimney and worked to put the fire out, causing the house to fill up with smoke, the station reported.

The Fresno County Sheriff's Office said firefighters responded to the home and dismantled the chimney to rescue the burglar. But when they pulled him out, he was dead.

Tap here to read the full report on FOXNews.com.