OAKLAND, Calif. - The average price of gas in the Golden state has surpassed $6 a gallon for the first time ever.

As of Sunday, California drivers are paying an average of $6.139 per gallon when they stop at the pumps, according to AAA. This is an all-time high for the state.

The national average is nearly $4.59 a gallon, also a record.

One Bay Area gas station was getting a lot of attention last week for the sticker shock it’s causing.

The Menlo Park Chevron on Alameda de las Pulgas hit $7.25 a gallon for regular unleaded and $7.75 for premium on Tuesday.

In San Francisco, the average price is $6.44 per gallon – the highest ever recorded price, according to AAA. 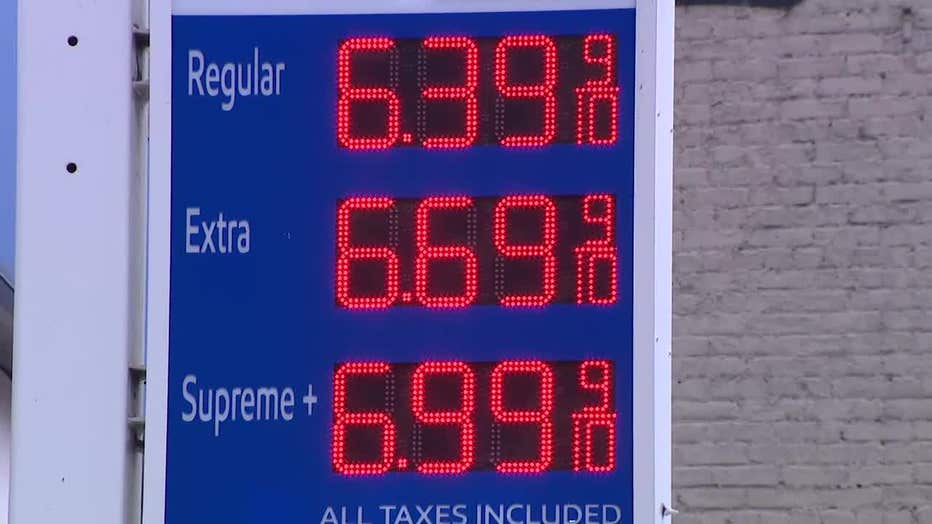