The suspect who kidnapped a Merced family apparently worked for them at their trucking company and had a feud with the family; the sheriff stated Thursday.

MERCED COUNTY, Calif. - Editor's Note: This story discusses suicide. If you or someone you know is having thoughts of suicide, please contact the Suicide & Crisis Lifeline at 988 or 1-800-273-TALK (8255).

The missing California family believed to have been kidnapped from Merced earlier in the week has been found dead.

At the time of the family's disappearance, deputies believed the family was kidnapped Monday at gunpoint from their business in Merced.

"Tonight our worst fears have been confirmed. We found the four people from the kidnapping and they are in fact deceased," Warnke said.

"There's no words right now to describe the anger I feel right now and the senselessness of this incident. I said it earlier there's a special place in Hell for this guy. And what we're going to deal with all night here is bad," Warnke added during an emotional press conference Wednesday night.

Warnke did not release any information about how and when police believe they were killed. He said the victims were close to each other when found by a farmworker in a remote area. 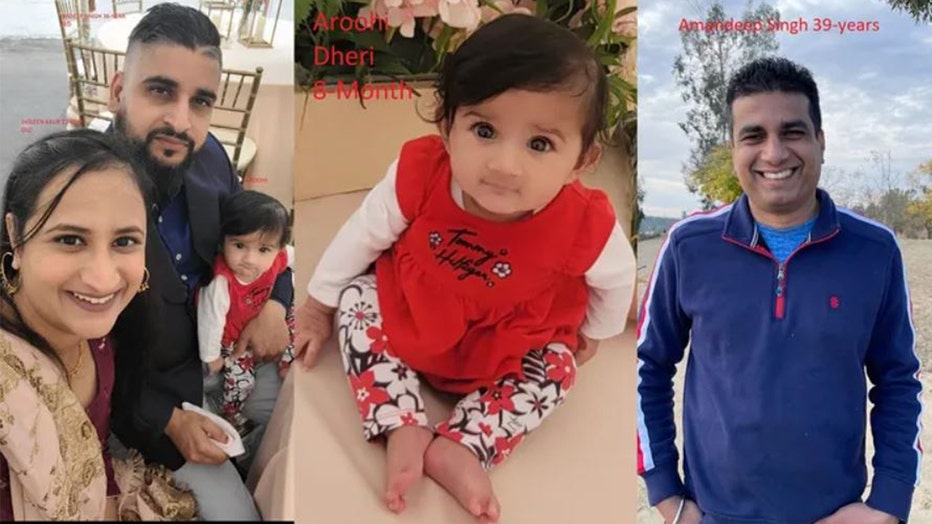 Merced County officials found the bodies of 8-month-old Aroohi Dheri, her parents – Jasleen Kaur and Jasdeep Singh – and uncle Amandeep Singh on Oct. 5, 2022. The family was kidnapped at gunpoint and have was missing since Monday. (Merced County Sher

The announcement comes a day after the suspect, 48-year-old Jesus Salgado, was placed in custody. Salgado is in critical condition at a hospital after he attempted to take his own life.

Authorities believe at least one other person is involved.

The four family members were taken from their business in Merced, a city of 86,000 people about 125 miles southeast of San Francisco in the San Joaquin Valley, California’s agricultural heartland. Their new business had opened just days earlier, family members said.

Surveillance video released earlier Wednesday showed the suspect first walking by the property before talking to one of the men. Later, it shows him leading the men, who had their hands zip-tied behind their backs, into the back seat of Amandeep Singh’s pickup truck. The suspect then went back to the trailer that served as the business office and led Jasdeep Singh, who was carrying her baby in her arms, out and into the truck before the suspect then drove away.

Family members said nothing was stolen from the trucking company but that their relatives were all wearing jewelry. Warnke had said that after the kidnappings, an ATM card belonging to one of the victims was used in Atwater, about 9 miles north of Merced.

The sheriff said detectives believe the suspected kidnapper destroyed unspecified evidence in an attempt to cover his tracks.

Authorities said the kidnapper made no ransom demands.

Investigators are trying to discover a motive for the slayings. Officials say Salgado was a former driver for the family's trucking company and they were apparently in a feud prior to this incident.

"We have a whole family wiped out and for what? We don’t know yet," he said.

Relatives of the victims had been notified of the deaths, the sheriff said.

As of Thursday, authorities said Salgado is now talking to authorities, this after he was sedated in a medical facility the day before. 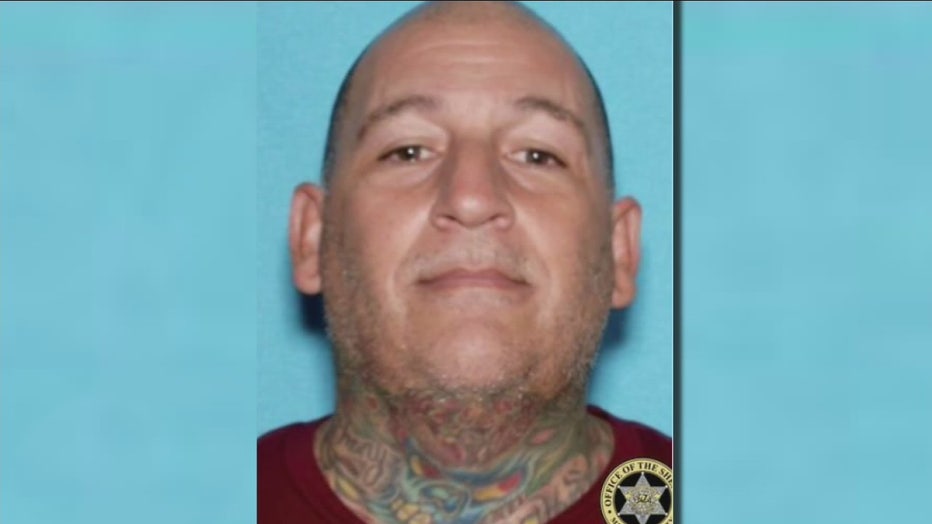 Salgado's relatives reportedly contacted authorities and told them he admitted to being involved with the kidnapping.