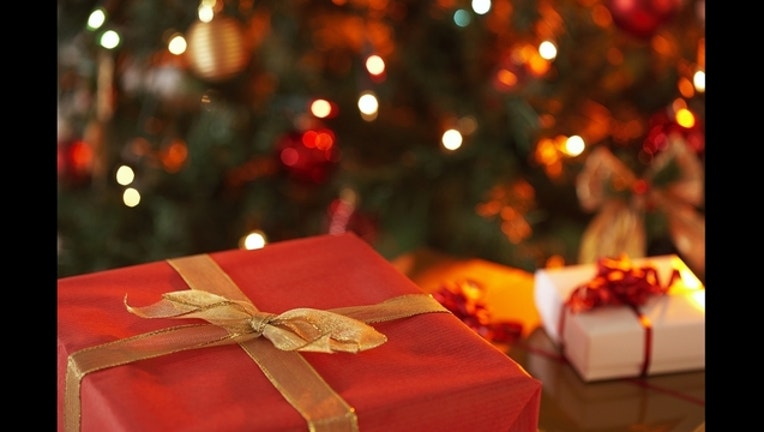 There's a Santa Claus in Knoxville, Tennessee, who looks every bit the part. He's got the rosy cheeks, the perfect (and real) white beard, a belly that shakes like a bowl full of jelly. And he was even born on St. Nicholas Day.

None of that, however, is why we're telling you this story.

Santa - also known as Eric Schmitt-Matzen - has heard Christmas requests from kids for years. The professionally trained Santa Claus works about 80 gigs each year and his cellphone ringtone is set to "Jingle Bells".

Even when he's not wearing the big red suit, he still sports Santa suspenders. This guy is the real deal. It's all about spreading joy and happiness. Except when it's not.

A few weeks ago, he was called for the most important Santa job of his life - at a Knoxville hospital.

"I cried all the way home," Schmitt-Matzen told the Knoxville News Sentinel. "I was crying so hard, I had a tough time seeing good enough to drive.

What made Jolly Old St. Nick hurt so much? A terminally ill boy died in his arms.

He had just gotten home from work when he got the call from a nurse friend of his. She said there was a very sick 5-year-old who needed to see Santa Claus. He wanted to change into the full suit but she said there was no time.

Since he was already wearing his suspenders, she said those would have to do and he got to the hospital 15 minutes later.

He met the boy's family and then gave them an important warning:

"I sized up the situation and told everyone, 'If you think you're going to lose it, please leave the room. If I see you crying, I'll break down and can't do my job.' "

(This is the time to grab the tissues)

He walked in and asked the boy about why he's going to miss Christmas this year and then gave him a gift. He could barely even open the wrapping paper but he loved what was inside.

Then the boy said "They say I'm gonna die. How can I tell when I get to where I'm going?"

Santa told him to tell everyone when he gets there that he's Santa's Number One Elf and that he knew they would let him in.

The boy sat up, gave him a big hug and asked one final question:

Santa hugged him back. Before he could say anything, the boy died in his arms.

"I let him stay, just kept hugging and holding on to him."

By then, the boy's family realized what happened. His mom ran in screaming 'not yet' as Santa gave her son back to her.

"I spent four years in the Army with the 75th Rangers, and I've seen my share of (stuff). But I ran by the nurses' station bawling my head off. I know nurses and doctors see things like that every day, but I don't know how they can take it," he told the News Sentinel.

Santa was ready to hang up his suit for good. After that heartbreaking scene, he didn't want to wear the red suit anymore.

However, he had one more show.

"When I saw all those children laughing, it brought me back into the fold. It made me realize the role I have to play," he said. "For them and for me."

The man who told Santa's story is Sam Venable with the Knoxville News Sentinel. There's so much more to read about the heartbreaking final moments. Click here to read the column.