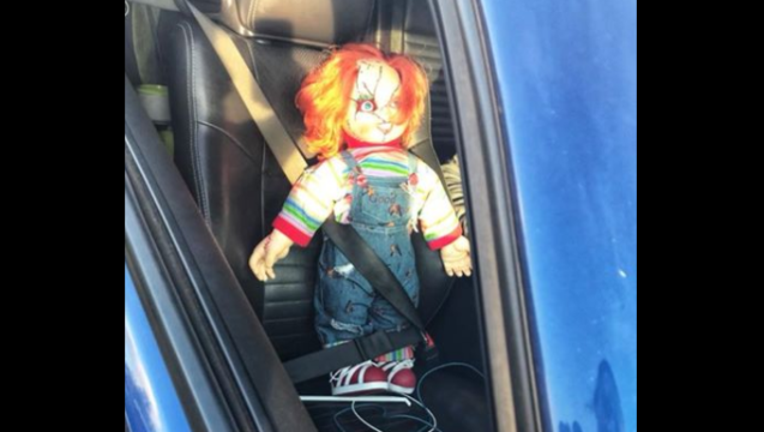 A driver used a Chucky doll as a passenger in the carpool lane. Jan. 11, 2018 Photo: CHP Contra Costa

Yes, the Oakland Raiders have a new coach in town: Jon Gruden, who has earned the name "Chucky" from the horror film series.

But the California Highway Patrol in Contra Costa County is reminding drivers that the football hire is no excuse for having a "Chucky" doll ride shotgun in lieu of a real passenger in the carpool lane.

The CHP posted a photo of the demonic doll strapped into a passenger seat on Thursday, and a note that officers gave the driver a ticket for cheating in the carpool lane.

"We know JON GRUDEN is back with the The Oakland Raiders, and we love it too, but this will definitely not work as your carpool passenger! But hilarious! A for effort,... and here’s your carpool ticket. (This seriously happened today,... c’mon people)."