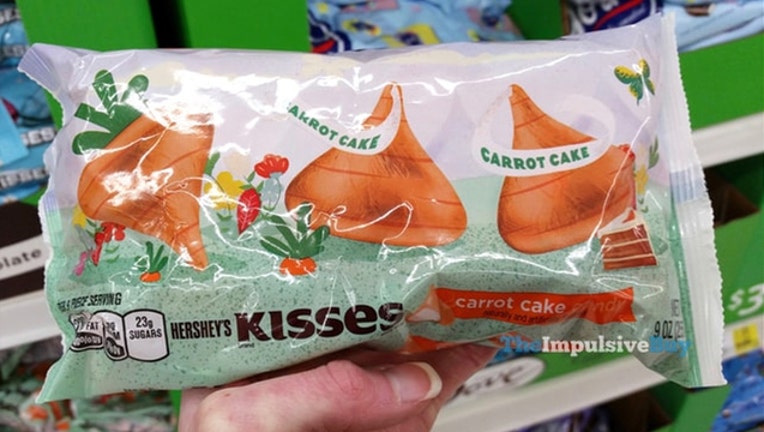 Photos of new Carrot Cake Hershey’s Kisses have been circulating the internet after someone, reportedly named Carla, spotted the bagged candy inside a Walmart and shared it with the popular consumer Flickr account, TheImpulsiveBuy.

Many wondered if the photo could be real, but NBCNews reports that Hershey’s has since confirmed that the orange-colored candies will be available nationwide for the Easter season, but only at Walmart stores.

The Carrot Cake Kisses are said to be made with a white-chocolate base and an orange coating that is “naturally and artificially flavored”.

The jury is still out on whether or not they truly taste like carrot cake.