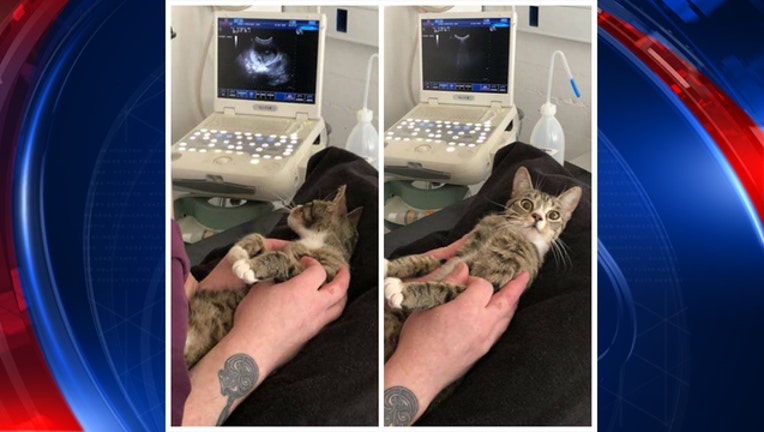 NUUK, Greenland (KSAZ) - A photo showing a pregnant cat getting ultrasound is getting the internet's attention.

The photo, taken by an animal shelter in Nuuk, Greeland, was posted on the organization's Facebook page. In the post, officials say the cat, named Ulla, could give birth in the coming days and weeks.

In earlier posts by the shelter, Ulla is described as a one-year-old that is very social with both human and other animals. During the past month, however, Ulla's stomach began to get big, and a veterinarian checkup prior to an adoption revealed she is pregnant, with a rough estimate she's having four to five kittens.

Ulla's new family, according to the shelter, is no stranger to adopted animals, as they adopted another cat, named Sofus, at the start of the year.

"Ulla and Sofus are getting to know each other. They're doing quite well," read a portion of the post, translated from its original Danish. "It is pleasing to us that Ulla can give birth in a home with people around her and not at the pound, which is small."