The story behind phytoplankton blooms

Experts say the combination of cool water, abundant sunshine and enough nutrients triggered a massive phytoplankton bloom off the coast of the mid-Atlantic during May.

A National Oceanic and Atmospheric Administration satellite captured the stunning image of the bloom off the U.S. East Coast.

Ecologists say the bloom might have been provoked by persistent upwelling that made sea temperatures cooler than average.

When the predominant wind direction is out of the west or even southwest, cooler water from deeper depths can mix with surface layers, thus cooling the overall sea temperature. 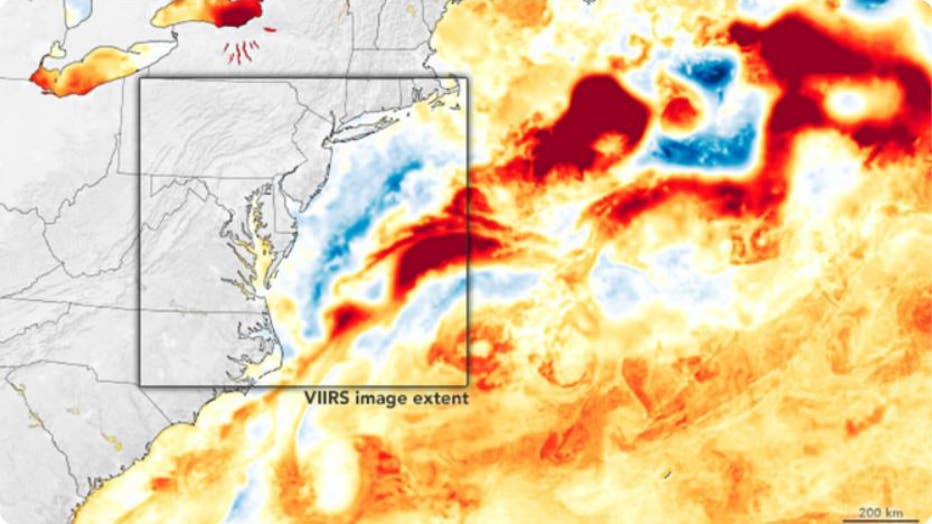 The combination of the cooler waters, abundant sunshine and nutrients from runoff in coastal communities likely played a role in producing the marine algae.

NOAA did not state whether the bloom was toxic but said phytoplankton are important to marine ecosystems.

Experts say the microscopic marine algae serve a role similar to grasses that many land-based animals depend on.

AFTER A US ATTACK SUB HIT AN UNDERWATER MOUNTAIN, WE LOOK AT WHAT’S HAPPENING ON THE OCEAN FLOOR

Phytoplankton is an important food source for everything from zooplankton to giant whales.

Studies have found that whales can eat several tons of plankton and other tiny marine organisms every day. 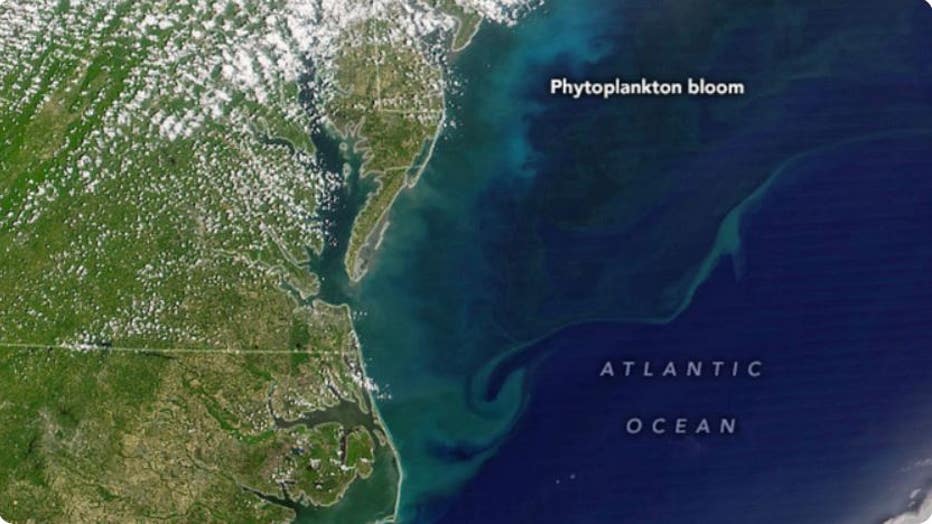 The recent spotting of the bloom was not the first time experts have seen a cluster off the mid-Atlantic.

A satellite captured the presence of a similar green blob back in 2021 that spent several days lingering off the coasts of New Jersey, Delaware, Maryland and Virginia.

Get updates to this story from FOXBusiness.com.