Bayer will pay up to $10.9B to settle Roundup case

German pharmaceutical company Bayer says it’s paying up to $10.9 billion to settle a lawsuit over subsidiary Monsanto’s weedkiller Roundup, which has faced numerous lawsuits over claims it causes cancer.

LOS ANGELES - A recent report from the U.S. Centers for Disease Control and Prevention found samples of a controversial weed-killing chemical in more than 80% of urine samples in U.S. kids and adults.

The report, which was published last month analyzed urine samples of 2,310 people in which they found alarming amounts of glyphosate, a harmful chemical that is the active ingredient in the popular Roundup brand.

"Glyphosate is the most widely used herbicide in the country, yet until now we had very little data on exposure," Alexis Temkin, a toxicologist at the Environmental Working Group, said Monday in a statement. "Children in the U.S. are regularly exposed to this cancer-causing weedkiller through the food they eat virtually every day."

Roundup is owned by German pharmaceutical company Bayer who purchased the brand when they acquired American agrochemical giant Monsanto in 2018.

Last month, the Supreme Court rejected Bayer's appeal to shut down thousands of lawsuits claiming its Roundup weedkiller is a cancer-causing product.

The justices left in place a $25 million judgment in favor of Edwin Hardeman, a California man who says he developed cancer from using Roundup for decades to treat poison oak, overgrowth and weeds on his San Francisco Bay Area property. Hardeman's lawsuit had served as a test case for thousands of similar lawsuits.

The followed a panel of the 9th U.S. Circuit Court of Appeals which rejected an Environmental Protection Agency finding from 2020 that glyphosate does not pose a serious health risk and is "not likely" to cause cancer in humans. The appellate court ordered the EPA to reexamine its finding. 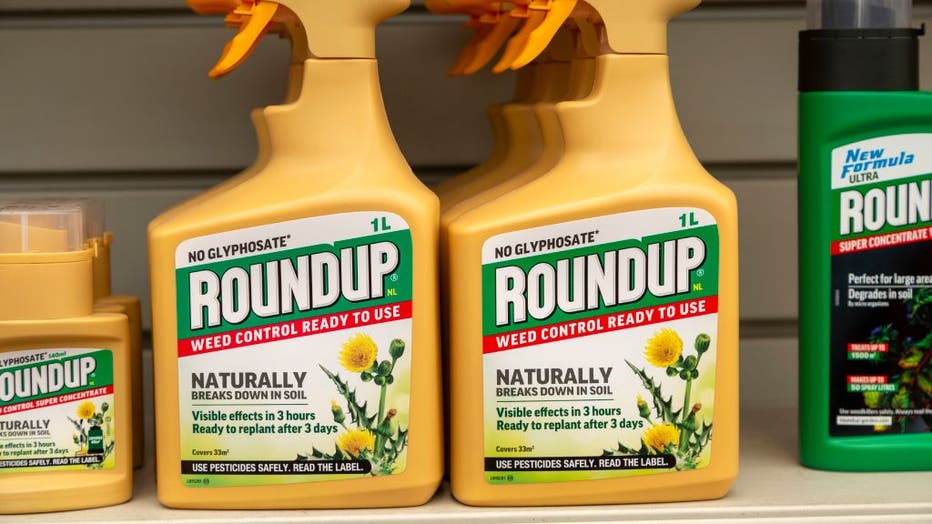 At the same time, Bayer has won four consecutive trials in state court against people who claimed they got cancer from their use of Roundup. The latest verdict in favor of the pharmaceutical company came last week in Oregon.
Bayer had argued that federal regulators have repeatedly determined its products are safe and that lawsuits based on claims under state laws should be dismissed.

In a statement, Bayer said it disagreed with the Supreme Court's decision not to take up its case. "The company believes that the decision undermines the ability of companies to rely on official actions taken by expert regulatory agencies, as it permits every U.S. state to require a different product label" in conflict with federal laws, Bayer said.

The Justice Department, which had sided with Bayer in the lower courts during the Trump administration, recommended that the high court not get involved.

Bayer maintains the product is safe but said that it would replace glyphosate in Roundup for residential use beginning in 2023. Products containing glyphosate will still be available for professional and farm use.

The Associated Press contributed to this story.