What is a census?

A census is when a government documents information about a particular population.

SUITLAND, Md. - The U.S. Census Bureau is ending its counting efforts for the 2020 census on Sept. 30, a month sooner than what the agency had previously announced.

The Census Bureau said Monday that it will stop its collection efforts at the end of September so that the agency can meet an end-of-the-year deadline to turn in numbers used for redrawing congressional districts. Those collection efforts include door-knocking, as well as responses to the Census questionnaire either online, by phone or by mail.

The agency said it aimed to have the same level of responses for its 2020 count as past censuses. The Census Bureau planned to hold extra training sessions for workers and said it will reward door-knockers who work the maximum hours possible.

“We will improve the speed of our count without sacrificing completeness,” Census Bureau Director Steven Dillingham said in a statement.

As mandated by the Constitution, the census happens once every 10 years to count the number of people living in the United States. It also determines how $1.5 trillion in federal spending is distributed and how each state’s congressional districts are drawn.

Census experts and civil rights activists worry the sped-up deadlines could affect the thoroughness of the count.

“This is nothing but a disgusting power grab from an administration hell-bent on preserving its fleeting political power at all costs,” said Julie Menin, census director for New York City. 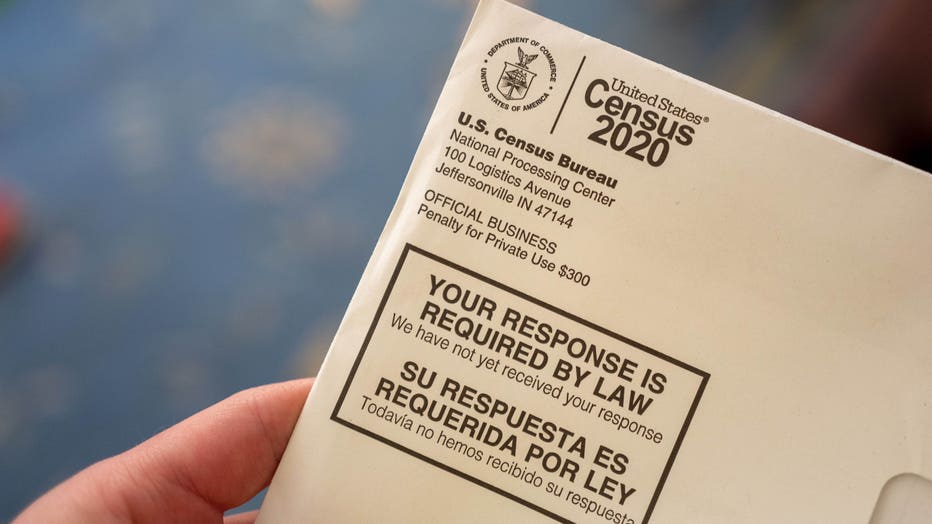 A file image taken April 24, 2020 shows a letter from the U.S. Census Bureau regarding the 2020 Census. (Photo by Smith Collection/Gado/Getty Images)

The Census Bureau previously pushed back wrapping up field operations for the head count from the end of July to the end of October due to delays caused by the coronavirus pandemic.

"Once we have the data from self-response and field data collection in our secure systems, we plan to review it for completeness and accuracy, streamline its processing, and prioritize apportionment counts to meet the statutory deadline," the statement said. "In addition, we plan to increase our staff to ensure operations are running at full capacity."

The bureau also asked Congress in April to extend the deadline for turning in apportionment data used for drawing congressional districts from Dec. 31, 2020, to April 30, 2021. Top Census Bureau officials have said it would be impossible to meet the end-of-the-year deadline, and that the bureau expected bipartisan support for the request.

The request passed the Democratic-controlled House as part of coronavirus-relief legislation but is now stalled in the Senate. The chamber’s inaction coincides with a memorandum President Donald Trump issued in July to try to exclude people living in the U.S. illegally from being part of the process for redrawing congressional districts.

Civil rights groups, states, cities and individuals have filed at least a half-dozen lawsuits challenging the memorandum as unconstitutional and an attempt to limit the power of Latinos and immigrants of color.

The Census Bureau said it has received responses from 93 million households, or nearly 63% of all households in the U.S., as of Aug. 3.