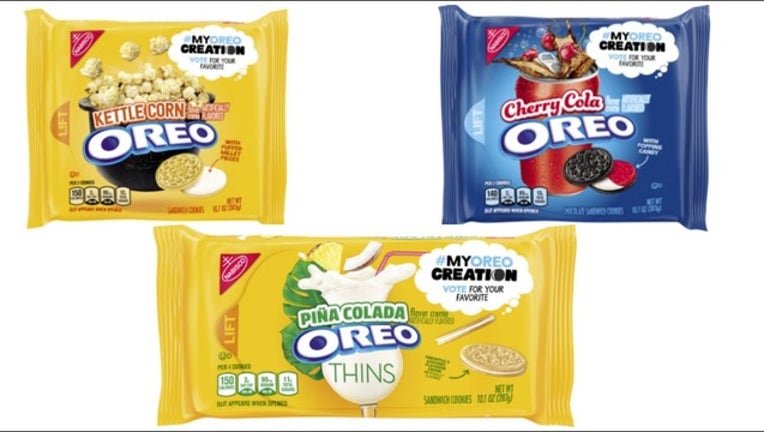 The three new flavors – cherry cola, kettle corn and piña colada – were voted on by fans as part of the company’s #MyOreoCreation contest. Now, Oreo lovers can vote again to determine the overall winner out of the new selections.

Oreo created other cookie prototypes as part of the contest, including avocado, coffee and donuts and unicorn flavors, and sent them to those who submitted the ideas. The brand narrowed down the submissions based on “taste appeal, creativity and originality,” then conducting taste tests before picking the final three.

"We were blown away by not only the volume of flavor ideas we received as part of our #MyOreoCreation Contest, but also by the creativity and imagination of our fans," Pam Clarkson, associate director North American Oreo Equity, said in a statement.