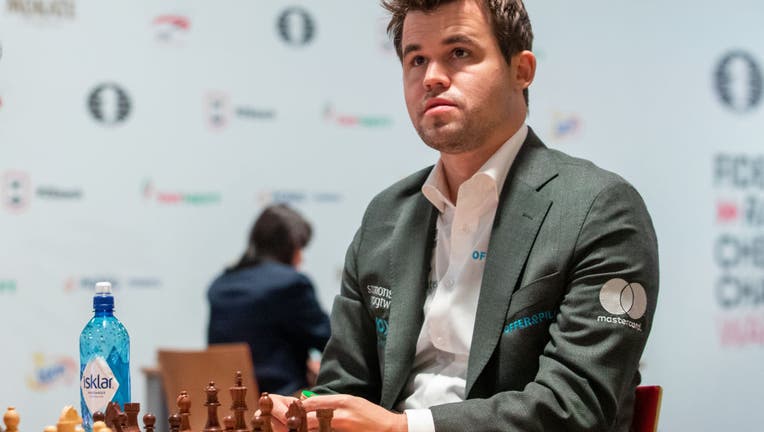 Magnus Carlsen (NOR) during the FIDE Chess World Rapid &amp; Blitz 2021 in Warsaw, Poland, on December 29, 2021. (Photo by Foto Olimpik/NurPhoto via Getty Images)

World chess champion Magnus Carlsen announced he will not play in next year’s world championship, voluntarily surrendering the title that he’s held since he first won in 2013 at the age of 22.

The now 31, five-time world champion said he has no motivation to defend his title against Ian Nepomniachtchi, the Russian chess grandmaster.

"I feel I don't have a lot to gain, I don't particularly like (the championship matches), and although I'm sure a match would be interesting for historical reasons and all of that, I don't have any inclination to play, and I will simply not play the match," the Norwegian chess champ said, via Reuters.

"Ultimately the conclusion stands, one that I'm pretty comfortable with, one that I've thought a lot about for a long time now, I would say more than a year... since long before the last match."

In their last matchup, Carlsen beat Nepomniachtchi without losing a single game. The Russian chess player is likely to play China’s Ding Liren. According to Chess.com, those three players are the top in the world.

"And I've spoken to people in my team, I've spoken to FIDE, I spoke to Ian as well. And the conclusion is, it's very simple, that I am not motivated to play another match," Carlsen continued.

FOX Business contributed to this story.