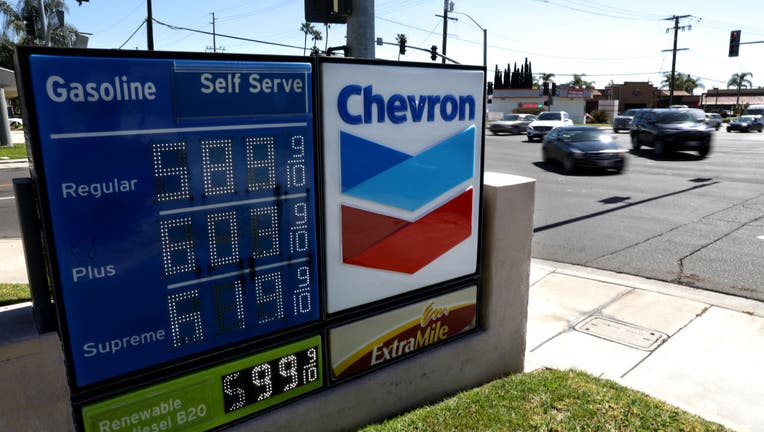 TUSTIN, CA - MARCH 08: Chevron gas station along 17th Street and Carroll on Tuesday, March 8, 2022 in Tustin, CA. The average price of a gallon of self-serve regular gasoline in Los Angeles County rose 8.9 cents today, its 30th record in 32 days. In

SAN RAMON, Calif. - Due to real estate costs, Chevron is selling the property of its current San Ramon headquarters, and will be moving into a new leased space in the same city.

Looking for a smaller space in San Ramon, the oil giant will soon shift some of its employees to Houston, Texas. The company plans to move during the third quarter of 2023.

Chevron will cover relocation costs for those voluntarily leaving for the Texas office, which has been growing and now employs nearly 6,000 workers.

The Chevron Park campus in San Ramon has been the company's headquarters for the past two decades, but the company is reportedly looking to save money in response to soaring real estate costs.

The company plans to stay based in California, which has been its home state for more than 140 years.