Chicago is already known as one of the sports capitals of the world. But starting next year, the city will be adding NASCAR racing — and it will happen right downtown.

CHICAGO - Chicago is already known as one of the sports capitals of the world. But starting next year, the city will be adding NASCAR racing — and it will happen right downtown.

Mayor Lori Lightfoot announced Tuesday the city will host its first-ever NASCAR race on the streets of downtown Chicago next summer.

NASCAR will celebrate its 75th season with the unprecedented street race through Chicago's city streets.

The race will take place July 2, 2023, against the backdrop of Lake Michigan and Grant Park in the debut race of a three-year deal with the city of Chicago.

NASCAR star Bubba Wallace gave startled Chicagoans a taste of what we will see and hear on the streets starting next year.

"This promises to be one of the most exciting announcements in NASCAR history," a NASCAR official promised, during an outdoor press conference to announce the event.

Mayor Lori Lightfoot announced Tuesday that the city will host its first-ever NASCAR race on the streets of downtown Chicago next summer.

"Chicago’s streets are as iconic as our skyline and our reputation as a world class sports city is indisputable," Mayor Lightfoot said in a statement. "I am thrilled to welcome our partners at NASCAR to Chicago for an event that will attract thousands of people to our city."

"I think the excitement is now gonna be off the charts," Lightfoot said at the press conference. "And people are really gonna be looking forward to July of 2023 when the cars hit the streets here."

The downtown NASCAR Cup Series event will be a 12-turn, 2.2-mile street race with the start and finish line and pit road located along South Columbus Drive directly in front of Buckingham Fountain. The race cars will also buzz along Lake Shore Drive and Michigan Avenue, they'll pass through Grant Park, and near the northern edge of Soldier Field — the site of the only other Cup Series race to take place in downtown Chicago, in 1956.

While the exact race route could change, the course will center around Grant Park.

"Welcoming yet another NASCAR event to Illinois just weeks after the inaugural Enjoy Illinois 300 Cup Series race is a testament to the strength of our tourism industry from Chicago to Metro East," Gov. JB Pritzker said in a statement. "Illinois, with its longstanding tradition of innovation, is a fitting host for NASCAR’s first-ever street race, and we are thrilled to welcome this new series to America’s most iconic drive next summer."

Bubba Wallace and other NASCAR officials joined Mayor Lightfoot for the announcement. 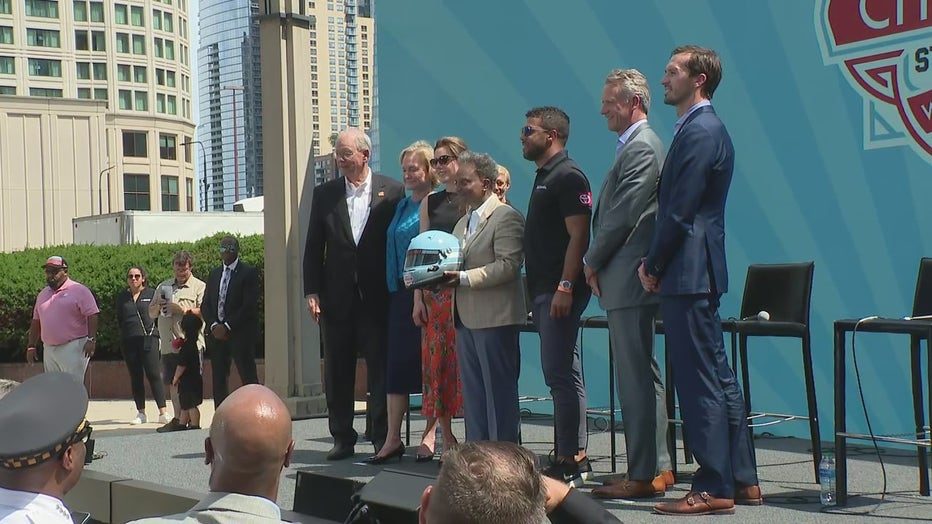 To promote the race, Wallace drove his souped up Toyota Camry to several iconic Chicago locations, including Buckingham Fountain, Navy Pier and Soldier Field. Wallace also talked about the driving challenges of an urban street race.

Mayor Lightfoot wouldn’t say how much it will cost the city to put on the event — repaving roads, putting up concrete barriers, and massive crowd control — but she says it should pay off in millions of dollars in revenue for city businesses.

"The opportunities for restaurants, bars, hotels. And to bring people to Chicago literally, but also figuratively," she said.

The Chicago venture was spearheaded by Ben Kennedy, the 30-year-old great-grandson of NASCAR founder Bill France.

It was Kennedy who successfully orchestrated the January exhibition race inside the Los Angeles Memorial Coliseum that will return for a second running in 2023. Kennedy told The Associated Press he began working on both the Coliseum and Chicago street race in 2019.

The new venues come as NASCAR has made sweeping changes to its oval-heavy schedule, first by adding both a dirt race at Bristol Motor Speedway and additional road courses and now a completely new concept.

The Chicago race will be paired with an IMSA sports car race the day before, as well as music and entertainment options located along the 12-turn, 2.2-mile street course.

"Historically we’ve always been short tracks, intermediates, superspeedways, eventually started getting more road courses and then came up with the Coliseum concept," Kennedy told the AP.

"But the street course is something we haven’t explored a whole lot before, and the the ability for us to get a downtown setting like his and bring racing to our fans, a street course is a perfect opportunity for it." 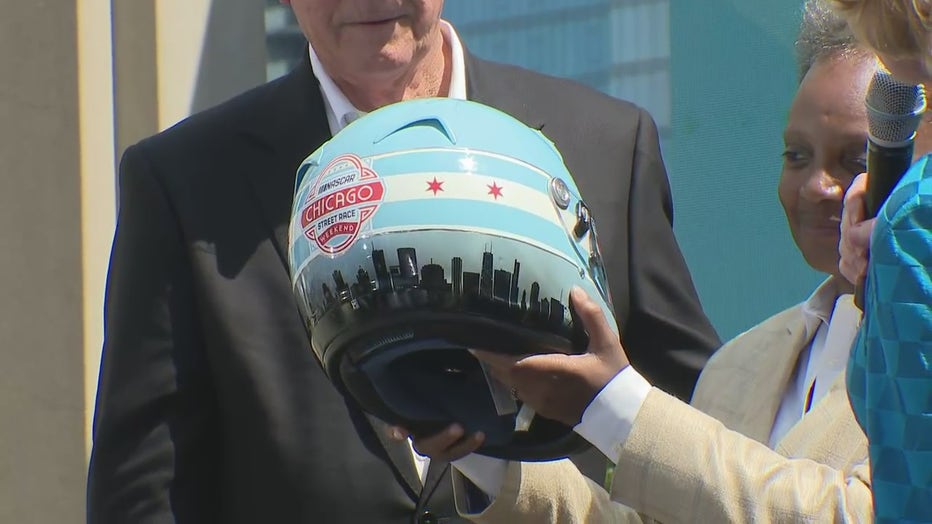 NASCAR last month confirmed the Coliseum would return next January, but the rest of the 2023 schedule has yet to be announced. Kennedy, however, confirmed to the AP that the Chicago street course will replace the road course race at Road America on the Cup schedule.

Road America in Wisconsin hosted the Cup Series the last two seasons on the same weekend. By moving into downtown Chicago, NASCAR keeps a race in the Midwest region while returning to a coveted market. NASCAR ran 19 Cup races at Chicagoland Speedway in Joliet, a 45-mile drive from downtown.

NASCAR had tried to build interest in the market and even made Chicagoland the opening race of the playoffs in 2011. But the track was simply too far from downtown to attract a new audience and NASCAR pulled out after the 2019 season.

Kennedy said NASCAR will be the promoter, which typically means the party responsible for all costs of producing the race. He declined to discuss any agreements made with the city of Chicago or the Chicago Sports Commission.

Tickets for the Chicago street race will go on sale later this year at NASCARChicago.com. Additional details will be announced soon.

Associated Press contributed to this report.