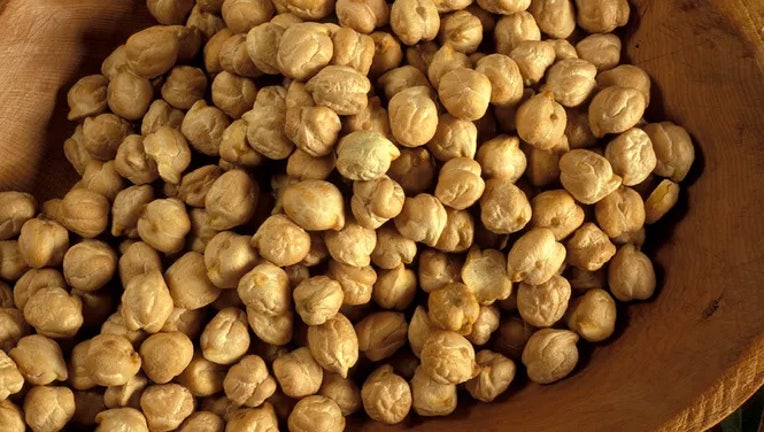 It's known as the chicken of the bean world, but the supply of America's favorite superfood is slowly flying the coop due to extreme drought conditions.

However, an industry leader said there is no need to rush to the market for your favorite hummus. There will be plenty of chickpeas abound for those curries, salads, wraps, burgers and bakes.

HOW TO WATCH FOX WEATHER ON YOUR TV

Last year’s worldwide harvest of chickpeas was about 20% lower than the year prior, according to Tony Roelofs, vice president of the pulse division at Columbia Grain. The U.S. was down even more dramatically, totaling about 30%.

The weather was a main driving factor in the very poor yields.

Nationally, chickpeas are primarily grown in the northern tier of the U.S. in the states of Washington, Idaho, Montana and North Dakota. Washington leads the nation in the production of large kabuli chickpeas and small desi chickpeas, according to the U.S. Department of Agriculture.

MORE THAN HALF OF US SEES DROUGHT

"Last year, we experienced a historic drought in that area across all those states," Roelofs said. "Basically, across the major chickpea growing region, we had one of the most widespread droughts that we've ever experienced before." 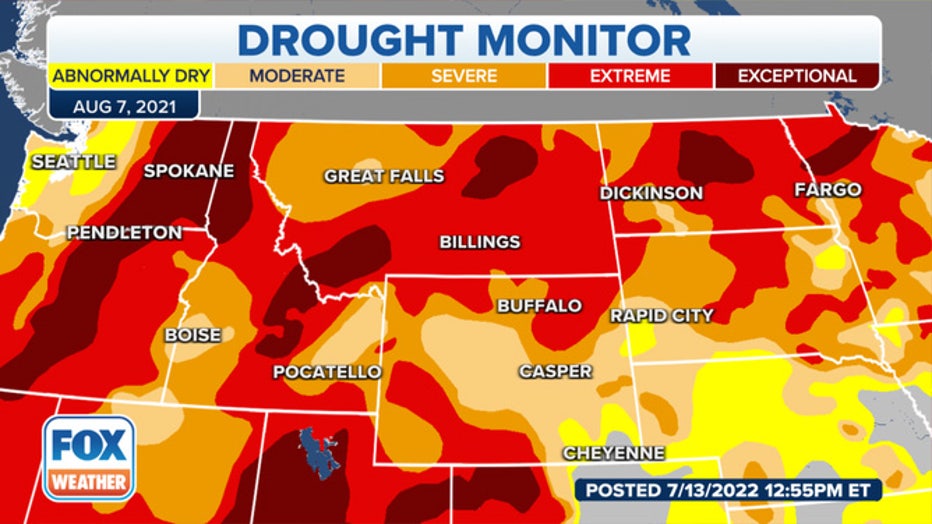 Here's a look at the exceptional drought levels that took place last August in the northern tier of the U.S. (FOX Weather)

On the international scale, there are several factors that go into it, with the war in Ukraine playing into the tightening of global markets. Roelofs said the Black Sea region is a producer of chickpeas and with the issues that have been experienced there have been limiting the number of exports of chickpeas.

MISSING MUSTARD: WHY THIS CONDIMENT COULD BE ABSENT AT YOUR NEXT COOKOUT

"Combine that with U.S. and Canada, both of which are substantial producers of chickpeas, being hit with extreme drought last year, they're kind of creating this storm of very low supply in the global market," Roelofs said.

Chickpeas have grown in popularity over the years. Not only are they a great source of plant-based protein, but they are also widely consumed in many cultures. From Middle Eastern cuisine in falafel to chana dal in India and hummus in the U.S., the legume's nutritional benefits have helped drive the popularity of chickpeas. 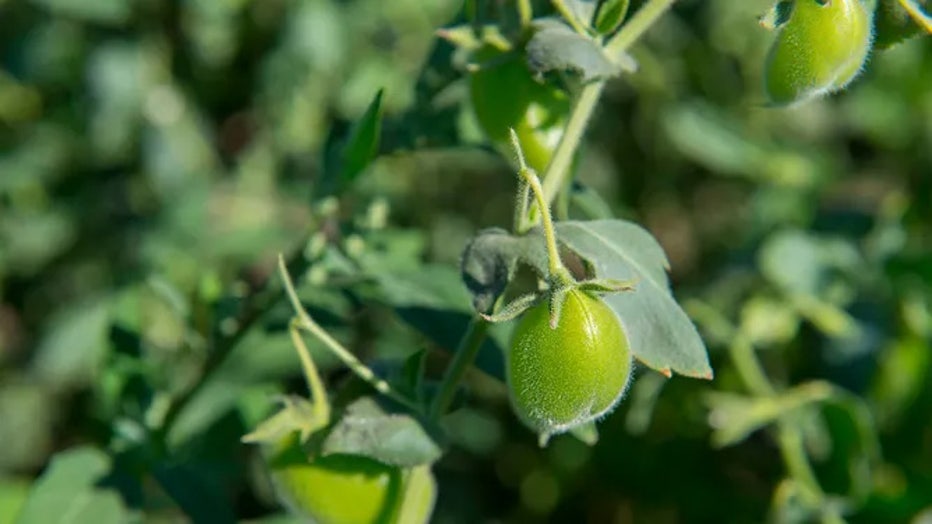 According to figures from the Food and Agriculture Organization, India is the world’s largest producer of chickpeas, followed by Turkey, the U.S., Mexico, Argentina and Canada. The U.S. has traditionally been a country that exports more chickpeas than it imports and will continue to be even in the current market.

"I don't think the consumer needs to have any worry as far as not having chickpeas available to buy in the U.S.," Roelofs said. "We're going to have plenty of chickpeas to support the demand in this category."

However, those that will see a decrease will be a lot of the second- and third-world countries that can't afford the product when prices increase. On the global level, the price of raw chickpeas has increased by nearly 50% in the last two years.

Hummus maker Sabra Dipping Company recently told Reuters that they are keeping ample supplies on hand "to safeguard against the unexpected."