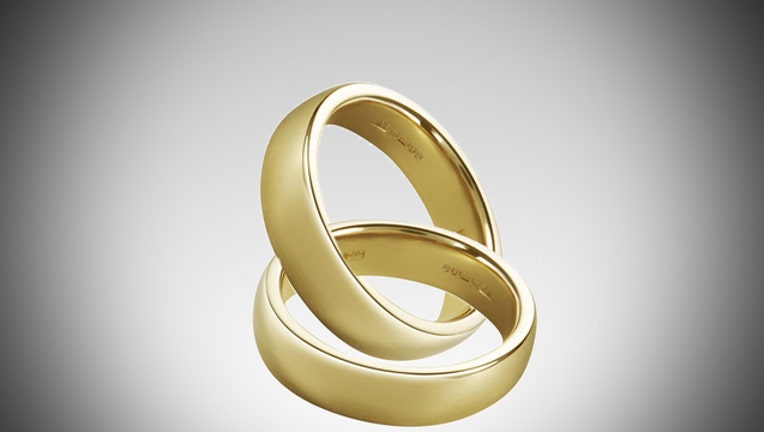 (Associated Press) - A New Jersey man was reunited with his wedding ring this month after it fell off his finger and sank to the bottom of the ocean while he was fishing.

Jay Bradford's ring fell in the water off Long Branch while he was pulling an anchor in during a frustrating day searching for blackfish earlier this month, The Asbury Park Press reported.

"He texted me and said his day was going wrong. I said `don't worry you will find the fish,"' said his wife Meagan Bradford, 29. "He texted me back, `it's not the fishing, I lost my ring in the water.' I nearly threw up."

Bradford, 27, and boat captain Nick Barsa returned to the spot four days later with salvage diver Mark Thompson. Barsa steered the boat using GPS coordinates to the exact spot where the ring was lost, while dealing with 35-mile-per-hour winds and a big southeast swell.

"People thought I was crazy to try and go back for it," Barsa said. "The odds are against finding it. It's a big ocean out there."

Thompson, who said he has found people's lost cellphones and watches in the ocean, dove in and searched rock ledges and sifted through thousands of mussels. He says he found the ring resting on a rock in 10 minutes.

"When they found it I was ecstatic, I was amazed," Meagan Bradford said. "I nicknamed Nick "Capt. St. Nicholas," for this time of year because these two did perform a Christmas miracle for us to have that ring back."

Jay Bradford said he will likely wear a cheap metal or rubber ring when he goes back out fishing.