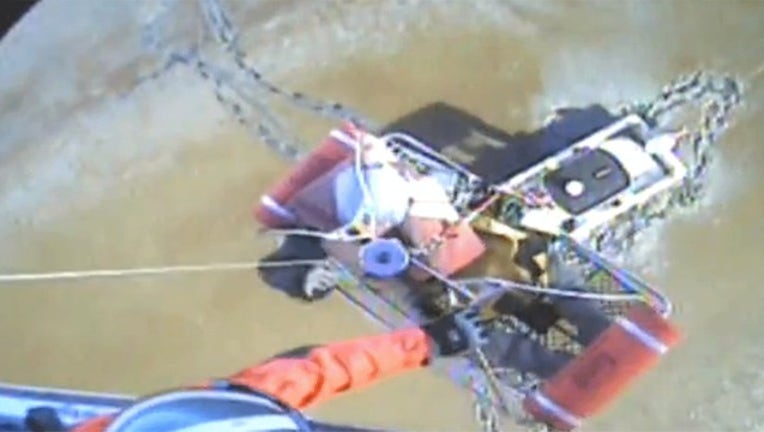 The vessel became stuck during low tide near Egg Island Point on Tuesday evening. The boaters decided to wait to free the skiff during high tide on Wednesday morning, but were unable to refloat the vessel.

The boaters contacted the Coast Guard which dispatched a helicopter crew from Atlantic City.

The aircrew hoisted the trio into the helicopter and brought them to Millville Airport.

No injuries were reported.

“It’s important for boaters to be familiar with the tides and currents in the area they're boating,” said Petty Officer 2nd Class Steve Setnicky, a watchstander at Coast Guard Sector Delaware Bay. “When waters recede, boaters can find themselves in trouble, so it’s important they have operational communication devices, the right gear for the weather and they file a float plan with a friend or loved one in the event they don’t come back when planned.”