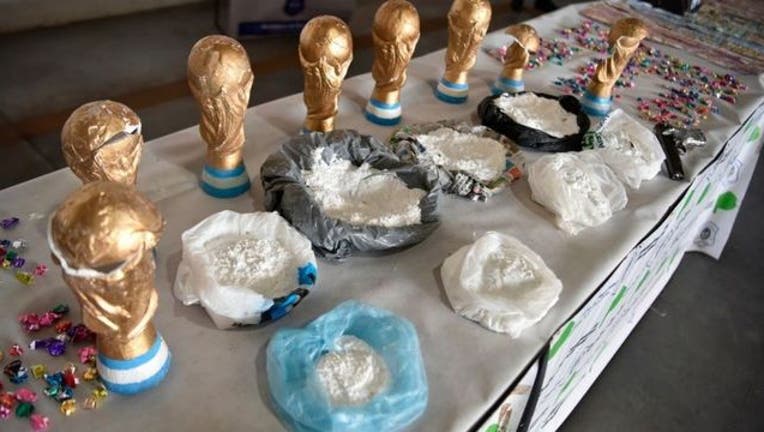 This Thursday, June 21 photo, released by the National Security Ministry shows fake World Cup trophies stuffed with cocaine, and the product itself on display next to the trophies, in Buenos Aires, Argentina.

The security minister of Buenos Aires province said Friday that police have broken up an organization that trafficked marijuana and cocaine in fake World Cup trophies.

The so-called "Narcos de la Copa" took advantage of the global merchandising boom generated by the soccer tournament to move the drug without raising suspicions.

"These merchants of death have endless ingenuity, but don't be fooled. They shouldn't be admired. On the contrary... they are now in jail," said minister Cristian Ritondo, according to a statement.