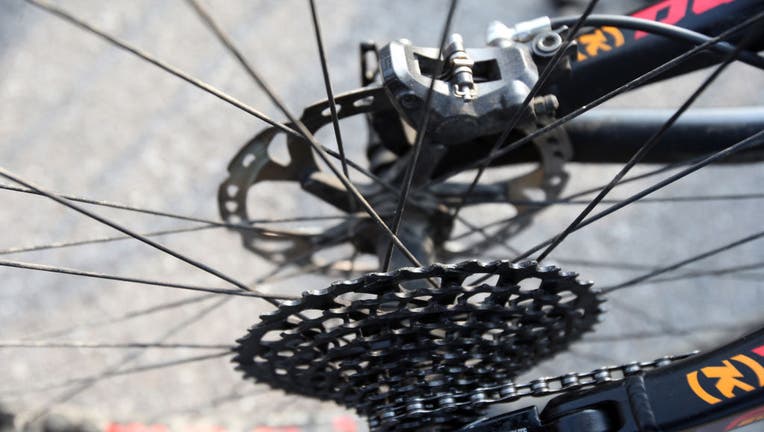 The biker was identified as Mason Fisher who was described as a three-time Pelotonia rider and active member of the community.

"His giving spirit and dedication to helping others were evident to all and this loss affects the entire Pelotonia community," Ulman said.

RELATED: Teen becomes caregiver for cancer-stricken parents: 'It's all love'

"On behalf of Pelotonia, we also extend our deepest sympathies to his family, friends, and all those whose lives he touched, and we grieve with them during this time," he continued.

The university also released a statement as well.

"We are heartbroken by the loss of Mason, who was selflessly riding in Pelotonia to help cancer patients – a cause he was personally connected to," Ohio State University President Kristina M. Johnson said. "The death of a student impacts the entire Buckeye Family and I know that all of us send our deepest expressions of sympathy to his parents, family, and friends."

According to the Columbus Dispatch, Fisher was 27 years old. The outlet reported that Fisher was at the 100-mile mark when he collapsed from a medical issue.

Fisher's mother, a cancer survivor, said her son's last words were, "I’ll be thinking of you tomorrow, Mom," according to the outlet.

The Dispatch also reported that Fisher had Li-Fraumeni syndrome, an inherited familial predisposition to a wide range of certain, often rare, cancers.

On his Facebook page, Fisher wrote why he decided to take part in the bike ride.

"For me, the fight against cancer is personal, as it is for so many others," he posted in June. "Over the past few years, I’ve seen how cancer diagnoses have affected my family and friends. I’ve seen them fight back, and have some winning days and some losing days."

Sekope Sharits and his mother spoke with FOX Television Stations about the challenges they face.

"It makes it THAT much more important for me to do my small part," he continued.

The annual Pelotonia charity ride in central Ohio has collected more than $170 million over 10 years for cancer research at Ohio State University.