An RTD train in Aurora, Colorado, derailed as it followed a curve with people aboard, splitting in two and injuring three people. (credit: city of Aurora)

Video released by the city of Aurora, Colorado, shows the moment a light rail train derailed as it followed a curve, splitting into two trains and injuring three people.

The derailment on the RTD light rail happened Wednesday afternoon with 24 people aboard, KDVR reports. Three people were taken to area hospitals. No vehicles were involved.

According to KDVR, it’s not the first light rail accident at that intersection. In 2019, a rider was ejected and seriously injured after it derailed during a snowstorm.

Officials said the cause of Wednesday’s derailment is still under investigation. 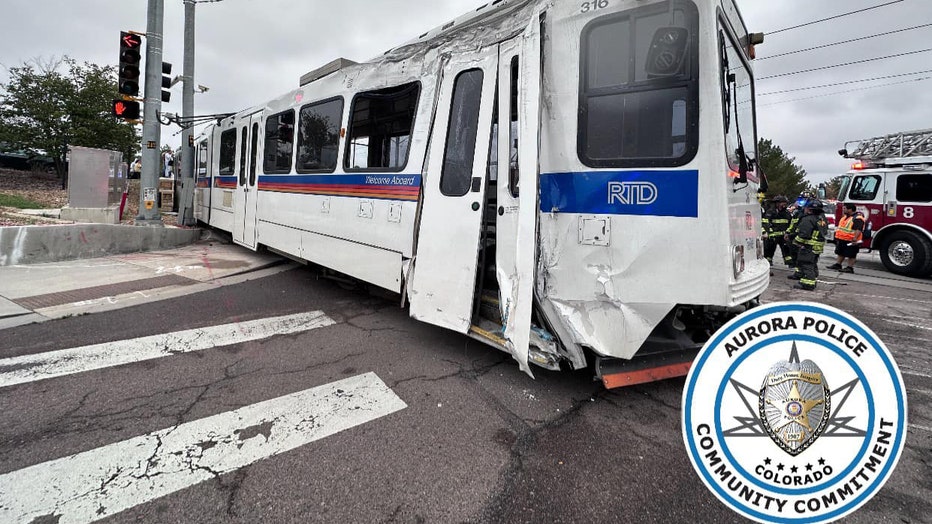