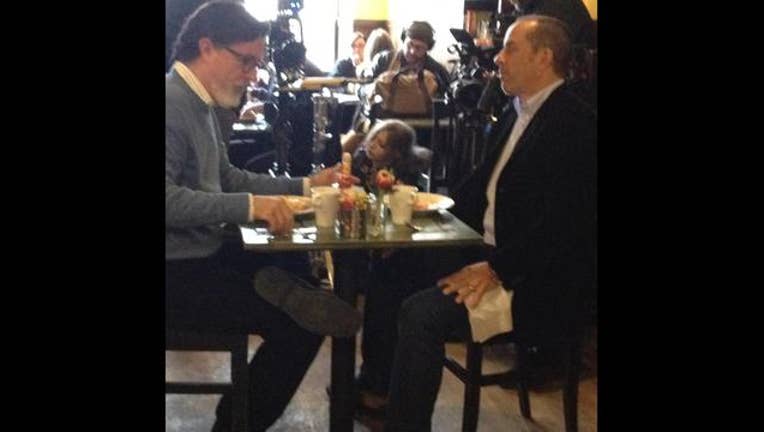 TAP into Montclair was the first to report on April 9 that Jerry Seinfeld had been spotted in Montclair's Bluestone Coffee Co. interviewing comedian Stephen Colbert. The time has finally come for the episode to stream at 11:30 p.m. on Wednesday, July 8th.

The episode of Comedians in Cars Getting Coffee, which is part of the Crackle Internet series, is the final show of the season.

Seinfeld can be seen in the episode picking up Colbert at his Montclair home in a 1964 Morgan Plus 4 Roadster. As he hands over the keys to Colbert, who struggles to drive stick shift, Seinfeld fearfully rides in the passenger seat.