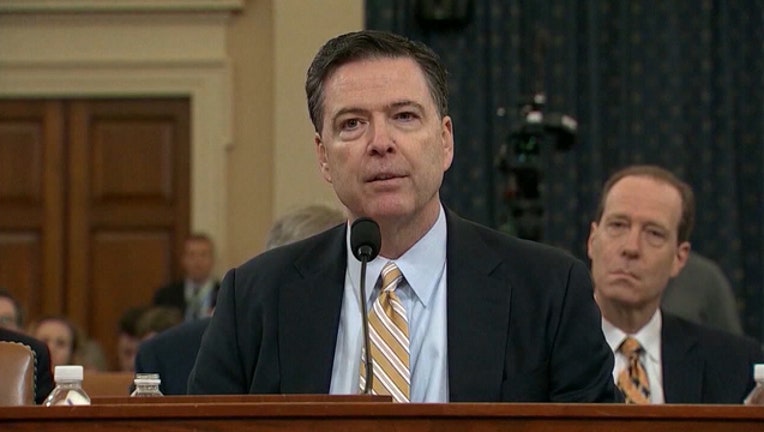 Former FBI Director James Comey lashed out at unnamed "weasels and liars" on social media late Thursday, hours before President Trump was expected to declassify a controversial memo about purported surveillance abuses over the objections of Democrats.

"All should appreciate the FBI speaking up. I wish more of our leaders would," Comey wrote on Twitter. "But take heart: American history shows that, in the long run, weasels and liars never hold the field, so long as good people stand up.

"Not a lot of schools or streets named for Joe McCarthy," Comey added, a reference to the Wisconsin senator who claimed high-ranking government officials were Soviet spies in the 1950s.

Comey appeared to be referencing an FBI statement released Wednesday that objected to the release of the memo, authored by House Intelligence Committee chairman Devin Nunes, R-Calif. That statement said the FBI had "grave concerns about material omissions of fact that fundamentally impact the memo’s accuracy."