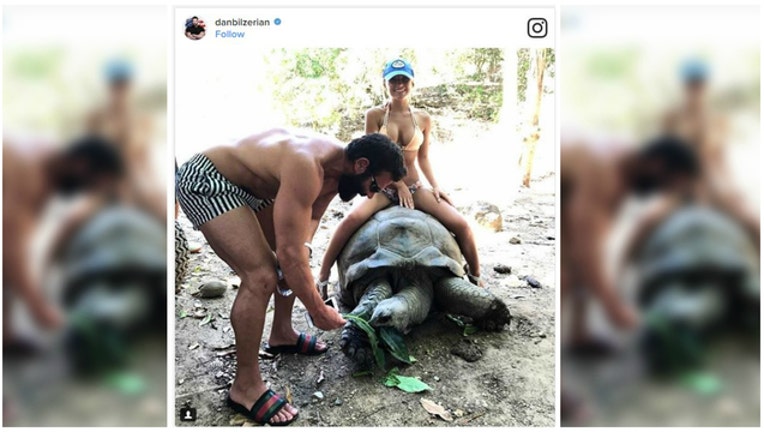 NECKER ISLAND, BRITISH VIRGIN ISLANDS (Fox 32 News) - The man who calls himself the "King of Instagram" is taking a heat for posting a photo of a woman in a bikini on top of a 100-year-old tortoise.

The Mirror reports that Dan Bilzerian is famous for posting photos of hot women and expensive playtoys. He has more than 20 million Instagram followers.

The controversial photo was taken on Necker Island. The species is listed as vulnerable, The Mirror reports, and billionaire Richard Branson funds the preserve where the photo was taken.

In response to the criticism, Bilzerian wrote, "Get off your soapbox, the people working there said it's fine to sit on them."