BROOKSVILLE, Fla. - Four semi-trucks were involved in a crash in Hernando County, leading to cases and cans of Coors Lights scattering across lanes, bringing traffic to a halt during the morning rush hour.

According to the Florida Highway Patrol, two tractor-trailers were heading south when one collided with the rear of another while changing lanes. Troopers said one semi ended up in the outside shoulder and the other came to a final rest in the outside lane. There are three southbound lanes in this area.

The tractor-trailer continued moving forward and collided with another semi-truck, which had initially stopped and was transporting concrete. 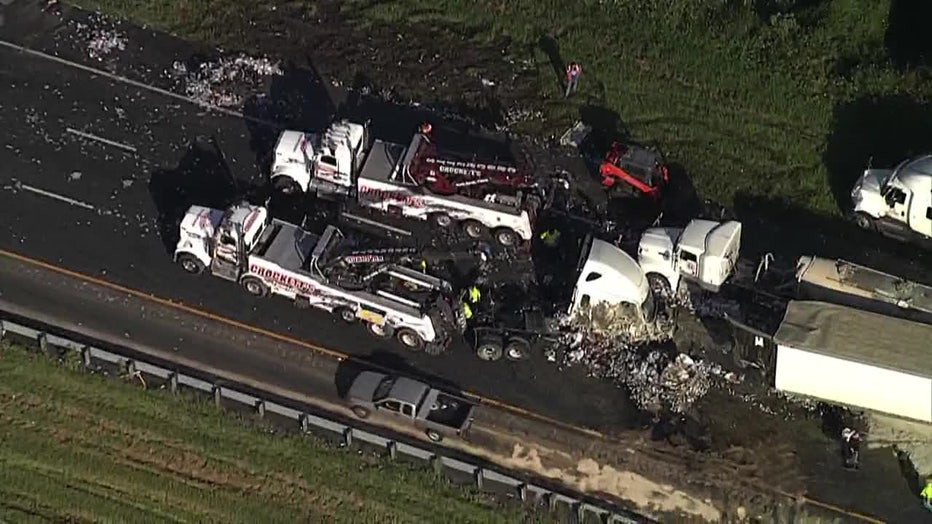 Aerial view of tractor-trailers involved in I-75 crash that led to beer cans and boxes spilled into roadway.

Both loads of the semi-trucks spilled onto the highway lanes, closing all southbound lanes.

The view from SkyFOX showed workers sweeping the cans and liquid to the side of the roadway on Wednesday morning. Traffic was also backed up for miles. 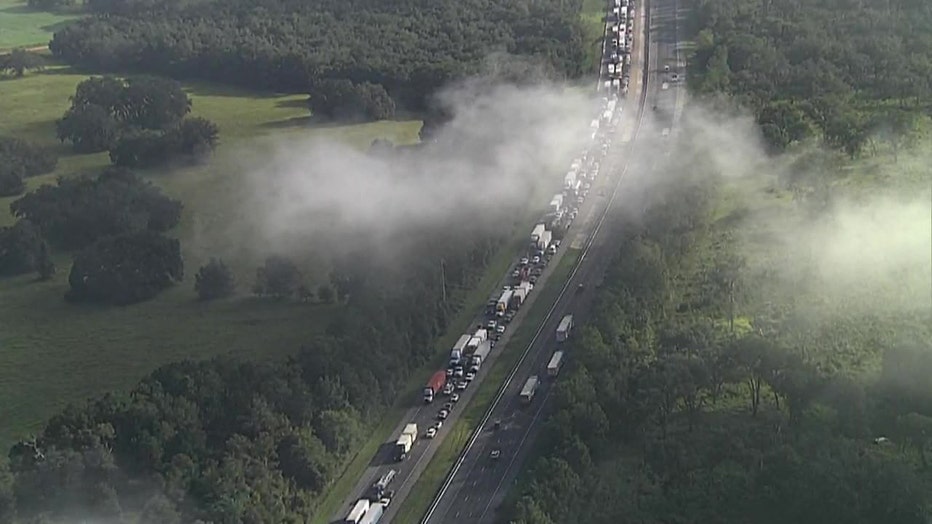 Traffic following I-75 crash in Brooksville.

All lanes reopened by noon.