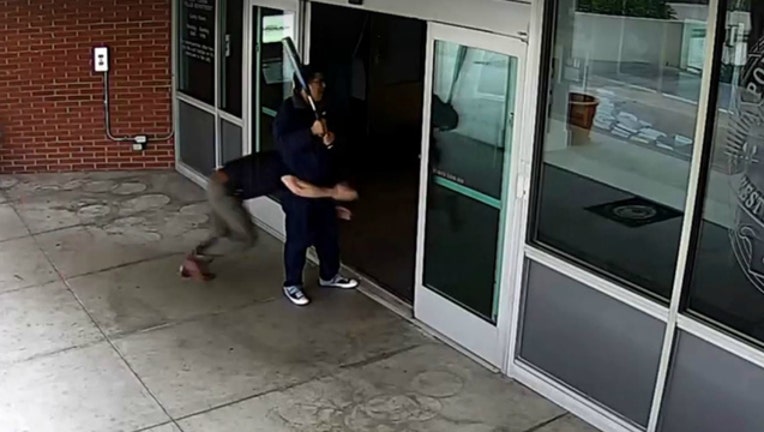 FOX NEWS - A new video released by California police shows a man getting tackled by an officer after he repeatedly struck the police department windows with an aluminum baseball bat.

The incident occurred Monday morning outside the West Covina P.D., where 28-year-old Christopher Rivas was allegedly threatening bystanders and officers while hitting the lobby windows with the bat.

In a statement, police said three women in the lobby immediately ran to a secure area of the lobby. With Rivas standing in the entryway of the building and about to enter, a non-uniformed officer ran in from behind.

The officer took down the suspect with a well-executed football tackle. The suspect was taken into custody by officers inside the lobby and treated for minor injuries.