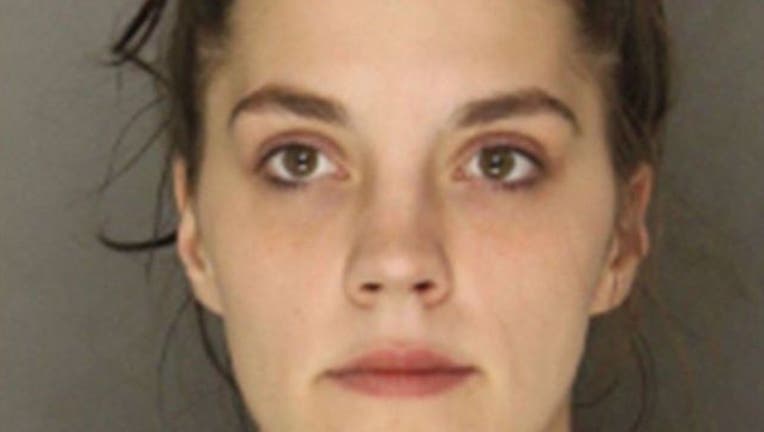 Brittany Patrick allegedly told police she was having sex in her home to fund a heroin addiction. (Alleghany County Jail)

FOX NEWS - Pennsylvania police are on the hunt Wednesday for the boyfriend of a woman who allegedly told police that she ran a brothel out of her home – where three young children were living – to fund her heroin addiction.

Brittany Patrick, 26, of Ingram, was busted Friday in an undercover operation after an officer responded to an ad she allegedly posted online seeking “older, generous gentlemen... no game players, I don't play games,” according to WPXI.

A criminal complaint said the officer arrived at Patrick’s home and her boyfriend, Lukas Roger Trout, 27, told him “Oh dude, you can go up there.”

Once inside the home, the officer said Patrick told him to place $120 on a TV and started removing her clothes while promising him 30 minutes of “full service,” Trib Live reported.

Patrick was then taken into custody. Trout has not yet been tracked down and police issued a warrant for his arrest.

The couple both face child endangerment charges. Patrick also has been charged with prostitution and Trout is facing a conspiracy charge.

When Trout allegedly directed the undercover officer upstairs, he was holding his and Patrick’s 18-month-old son, police told KDKA. Two other children, ages 8 and 10, were also allegedly inside the apartment during the arrest Friday, but belonged to Patrick’s roommate.