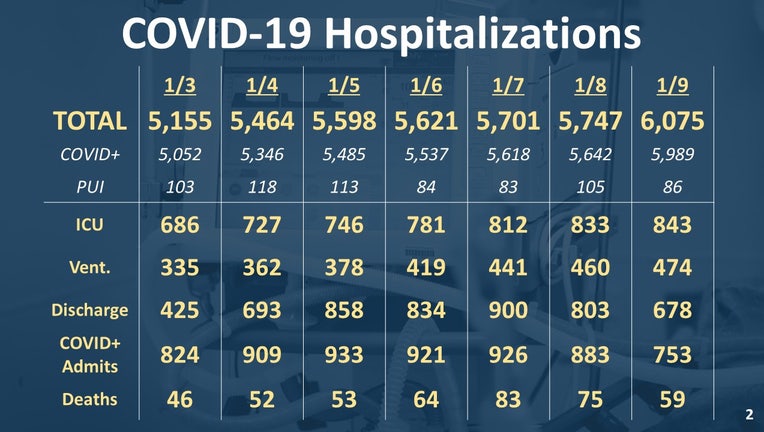 NEW JERSEY - New Jersey hospitals now have the most coronavirus patients at any point since April 2020.

Governor Phil Murphy says that there were more than 6,000 people in the hospital across New Jersey on Sunday due to COVID-19.

Over the past week alone, both the ICU and ventilator numbers are up significantly and have roughly doubled since Christmas, according to Murphy.

Numbers he released at a news conference on Monday afternoon also show an increase in breakthrough cases.  The percentage of infections among individuals who have at least completed their primary vaccination courses has been creeping up for weeks.

Murphy did say that people who are unvaccinated are still testing positive at a much greater rate.

New Jersey has 2,443,136 residents who are immunized and have received a booster shot.  That represents 46.33% of the population, according to state figures.  88% of state residents have received at least one dose of the coronavirus vaccine.