NEW YORK - A line of thunderstorms could bring damaging wind and heavy rainfall on Wednesday evening and even a slight chance of a tornado.

The greatest threat for storms is along and north of I-78 in New Jersey, New York City, its northern suburbs, Long Island, and Connecticut.  The risk of an isolated tornado is greatest in the lower Hudson Valley.

The timeline is for the storm is for showers to move into the area late this afternoon and storms following into the evening. The storms will gradually weaken as they move southeastward overnight.

Storm total rainfall will be about 0.5 inches on average with rainfall rates locally up to 1 inch or more an hour possible.

The National Weather Service warns that there is the potential for minor flooding of prone areas from the storm.  There is a slight risk of flash flooding for the Lower Hudson Valley and southwest Connecticut. 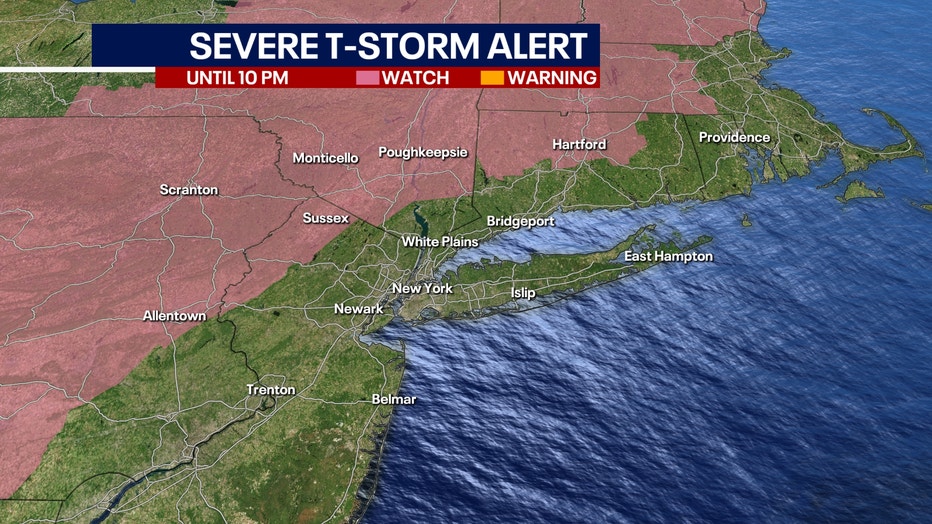 A small craft advisory is in effect from noon until 8 p.m. on Wednesday for South Shore Bays on Long Island from Jones Inlet through Shinnecock Bay.  South winds of 15 to 20 knots with gusts up to 25 knots and waves of 1 to 2 feet are expected. 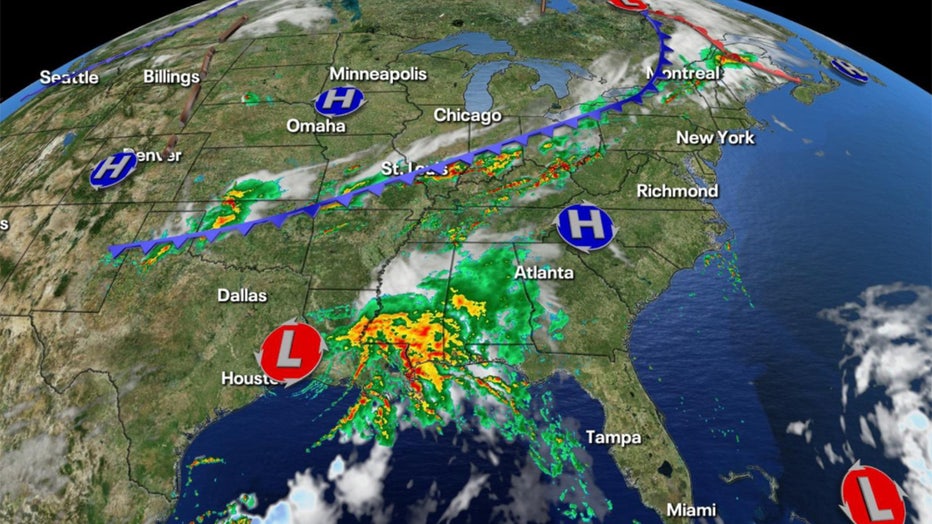