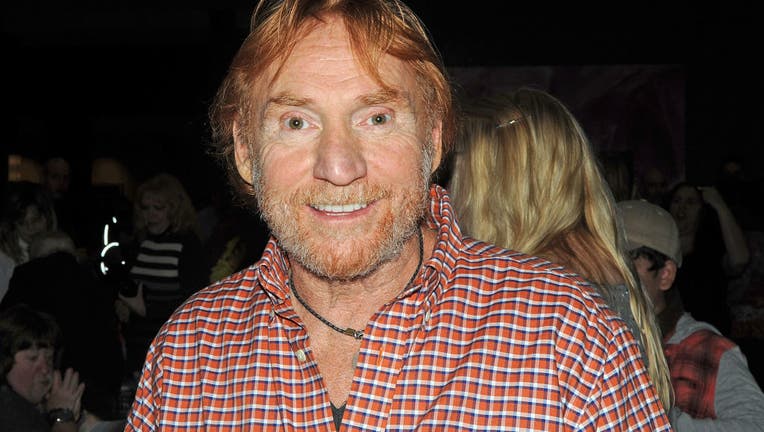 SEATTLE - Danny Bonaduce is "feeling the love" as he faces a "mystery illness."

On Sunday, the "Partridge Family" star shared a Facebook post penned by his sister Celia Bonaduce, who announced that the actor is addressing a health concern.

"Many of you have reached out to see what’s going on with my brother Danny," Celia began her post. "Thank you. Along with Dairy Queen dipped cones and your messages, he is feeling the love. We are not being coy when we say this is a ‘mystery illness’… in layman’s terms, his balance sucks – super sucks – and all the great medical minds of Seattle are at work trying to solve this conundrum."

"We will keep you posted," Celia shared. "Please remember, that while he is a public figure, he is also my well-loved brother."

"Thank you for all of the well wishes," tweeted the former child star. "It really means a lot to me that so many of you have reached out."

On Friday, the 62-year-old announced on Twitter that he was taking a temporary leave from his radio show due to his illness. He has been on "The Danny Bonaduce & Sarah Morning Show" on Seattle radio station KZOK since 2011.

"Some news to share. I’m taking a temporary medical leave from my radio show," he tweeted. "I’ll share more when I know more. I’m still working towards receiving a diagnosis. What I know is, I need time to focus on my health. I love my job and talking to you guys & I’ll be back on the air soon."

Bonaduce also shared a photo of himself with a walking cane.

Bonaduce shot to fame as wisecracking Danny Partridge in "The Partridge Family," which aired from 1970 until 1974. The series, which chronicled the humorous adventures of a musical family, starred Shirley Jones, David Cassidy and Susan Dey.

Following the show’s success, Bonaduce struggled with substance abuse. In 1990, he pleaded no contest in Daytona Beach, Florida, to charges of attempting to buy cocaine. He was sentenced to 15 months probation and community service.

Then in 1991, he was arrested in Phoenix, Arizona, for an investigation of beating and robbing a transgender sex worker. At the time, he disputed the account but declined to elaborate.

In 2017, he wrote about Cassidy, who passed away that year at age 67 from organ failure related to alcoholism.

"David Cassidy was a god to me," Bonaduce shared in a column for The Hollywood Reporter about his late co-star. "We weren’t close when we did ‘The Partridge Family’ – I was 10 years old; he was 20 – but to me, he was like Elvis Presley, down to the jumpsuit and the arenas filled with fans."

According to Bonaduce, Cassidy reached out to him 20 years later and offered to help when he was struggling with addiction. He explained that Cassidy invited him to go on tour under the clause of "no drugs, no alcohol, no smoking and no women." Cassidy insisted that things would get better.

"They offered me more money than I’d ever seen in my life: $75,000 a year," Bonaduce recalled. "David told me the tour would give me a career, and it did."

"When it came to his own career, though, David got robbed," Bonaduce reflected. "When he decided he didn’t want to be Keith Partridge anymore, he quit ‘The Partridge Family.’ He wanted to go on tour and be a real rock ‘n’ roll star. But the road he chose to go down after the show, it didn’t go as far. He became the ‘Partridge Family’ theme song, he became the act of looking like David Cassidy, with the same thousand fans coming to every show."

"He never did get the life he wanted," Bonaduce continued. "It really was a tragedy. I was in Europe when he died, but I heard he was surrounded by his family – Shirley Jones, Shaun Cassidy, Patrick Cassidy. And I heard his last words were, ‘So much wasted time.’"

The Associated Press contributed to this report. Read more from FOX News.