DAVENPORT, Fla. - Polk County Sheriff Grady Judd said a nearly 3-year-old child looked more like a 3-month-old after being starved to death by her parents.

The child's parents, 37-year-old Regis Johnson and 35-year-old Arhonda Tillman, have been arrested and charged with neglect. Sheriff Judd said more charges could be filed.

Polk County deputies said they also arrested Johnson's brother, 64-year-old Frank Robinson, who lived inside the home where the child was. Investigators said Robinson was aware of the abuse and didn't report it. 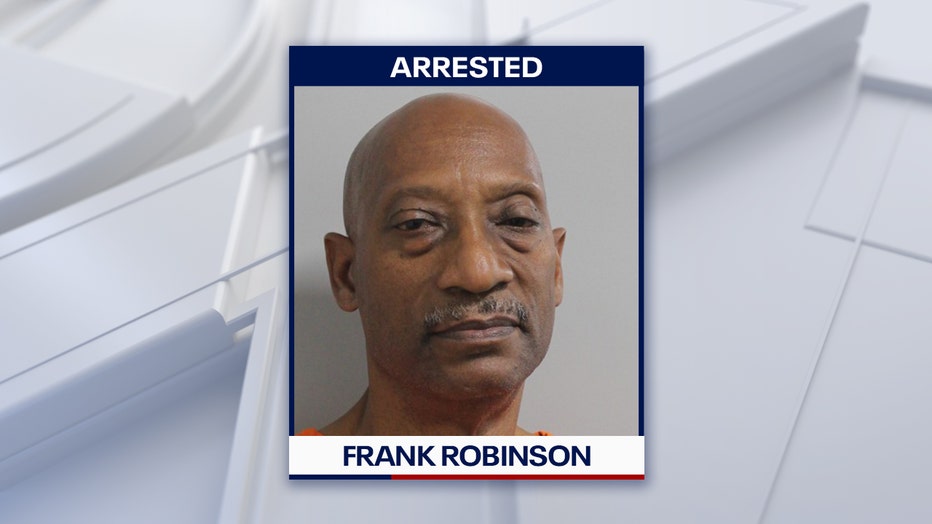 Arhonda Tillman told investigators she is 4-months pregnant with another child.

There were no other children in the home when deputies found the little girl.

The sheriff's office said Johnson made the 911 call when he realized the child wasn't breathing. She was found unresponsive in an inflatable swimming pool being used as a playpen. 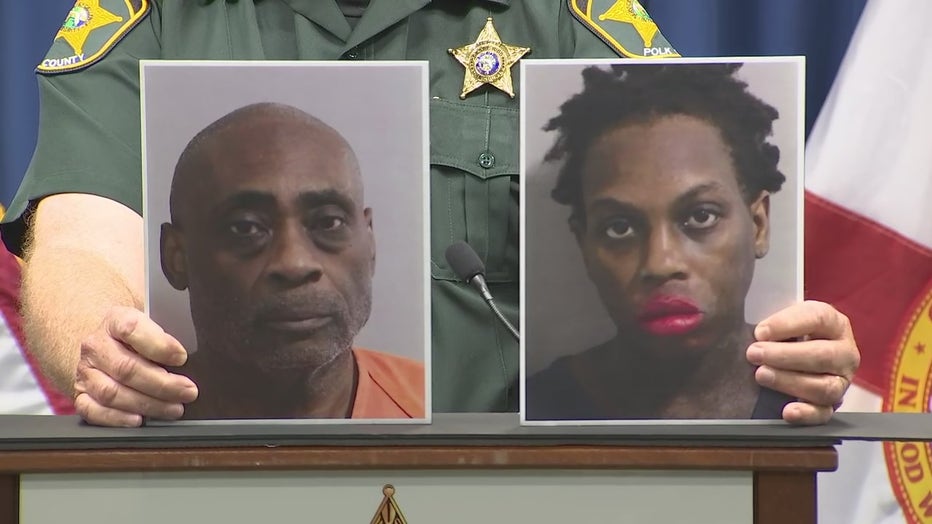 Deputies interviewed Tillman, who said she would have called for help earlier, but she had been busy, according to Judd.

Judd said the parents appeared well-fed and there was food in the house when the child's body was found.

"Regis Johnson told us the baby ate a sandwich yesterday, and some chicken nuggets," Judd said, adding that there was no food in the child's stomach upon medical examination.

An official cause of death was still being determined.

"Basically it was just bones and skin. There aren't adequate words to express our frustration and sadness," Judd said. "We probably have the same questions you do. Did no one else see this child in this condition? This child didn't just get sick and pass." 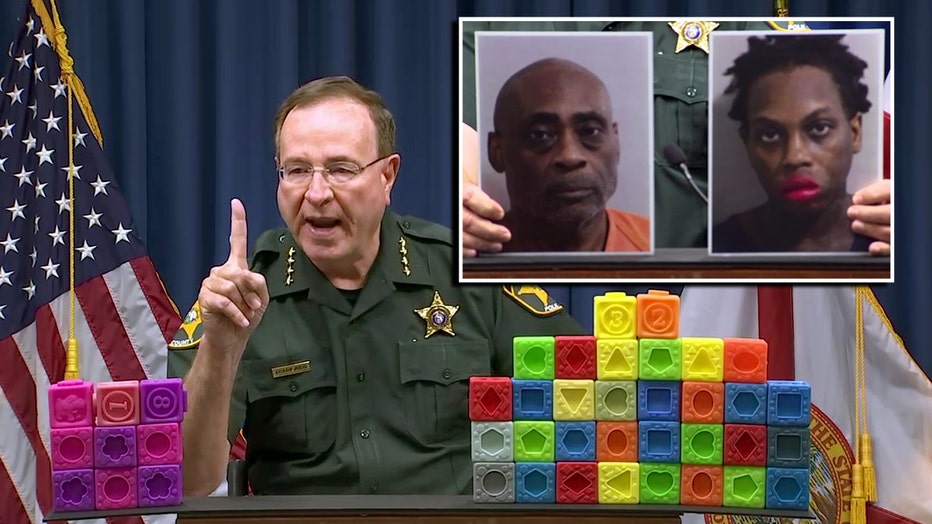 According to Judd, records show the baby was born in 2019 and was healthy, with a birth weight of 6 pounds, 10 ounces. When the child was found dead this week, she weighed only 9 pounds, according to Judd.

The child was checked by a doctor in January 2020, at which time she appeared healthy. Between then and May 2022, she only gained one ounce.

"The baby should have been talking, putting sentences together, asking questions, running jumping and playing," Judd said. "When this baby died on May 10, she couldn't stand, she couldn't talk, she couldn't walk."

Now, investigators are looking the possibility of previous investigations by the Department of Children and Families. The sheriff said that part of the investigation was still in the early phases.

Judd said Johnson appears to have met Tillman when he worked as a counselor at her church. Additional details about the couple's history was not provided.

Polk Sheriff Grady Judd detailed the arrest of a mother and father accused of starving their 2-year-old daughter to death. Investigators say the child weighed just 9 pounds when she died.

During a press conference Thursday, Judd said that parents have options if they feel they can no longer take care of their children.

"If you don't want your child, take it to a hospital, to a fire station. Don't starve the child, don't starve the baby," Judd said. "It is unbelievable what we saw."

He also encouraged the public to watch for any child that appears to be in trouble.

"If you see something or hear something, for god's sake, say something. Children's lives are at stake if you don't," Judd said.

Judd said he did not believe Tillman had been receiving prenatal care for her current pregnancy, but that she would begin to while in jail.

"She won't have the chance to starve another one," Judd said. "Our goal is that she's locked up. And when it's time to have this baby, she will have had prenatal care while in our custody. When that child is born, that child will be placed with some loving people that will raise and take care of that child, because our goal is that she's never out of prison again. She won't get another chance to starve a child to death."