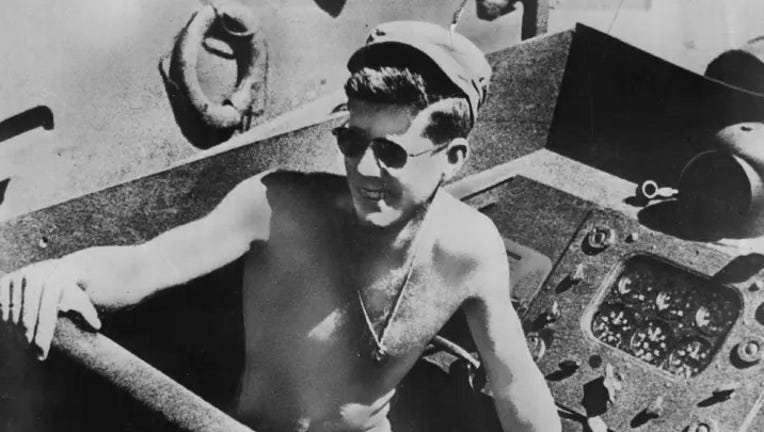 U.S Navy Lt. John F. Kennedy commanded PT-109 in the Solomon Islands during World War II when his boat was struck by a Japanese destroyer on this day in history, August 2, 1943.

Kennedy's PT-109, a swift but small patrol torpedo boat, was torn apart in the sudden collision in the South Pacific.

It exploded and sank in the early morning darkness.

Kennedy responded heroically. He swam miles across open ocean from one remote island to another to save his crew, and towed one wounded man through the sea with a belt clenched in his teeth.

The events had a ripple effect on his career — and on world history.

The story of his incredible rescue effort in World War II "followed Kennedy into politics and provided a strong foundation for his appeal as a leader," the JFK Presidential Library and Museum states in its account of the incident.

Two of Kennedy’s crew of 12 were never found; they were presumed killed instantly during the collision.

The remaining 10 men all survived. Historians credit Kennedy’s cool, quick-thinking response and his strength and endurance as a swimmer despite severe physical limitations that at first kept him out of the war.

Several men were injured, some sickened by swallowing fuel-filled water. Yet Kennedy led the survivors on a swim to the nearest island, three-and-a-half miles away.

The healthy men helped the wounded, aided only by a pair of wooden planks salvaged from the wreck.

Engineer Patrick McMahon was badly burned in the explosion of PT-109.

Kennedy towed McMahon the entire distance, with his hands and his teeth. The future president also "alternately cajoled and berated exhausted (sailor Charles) Harris to get him through the difficult swim," the JFK Library reports. 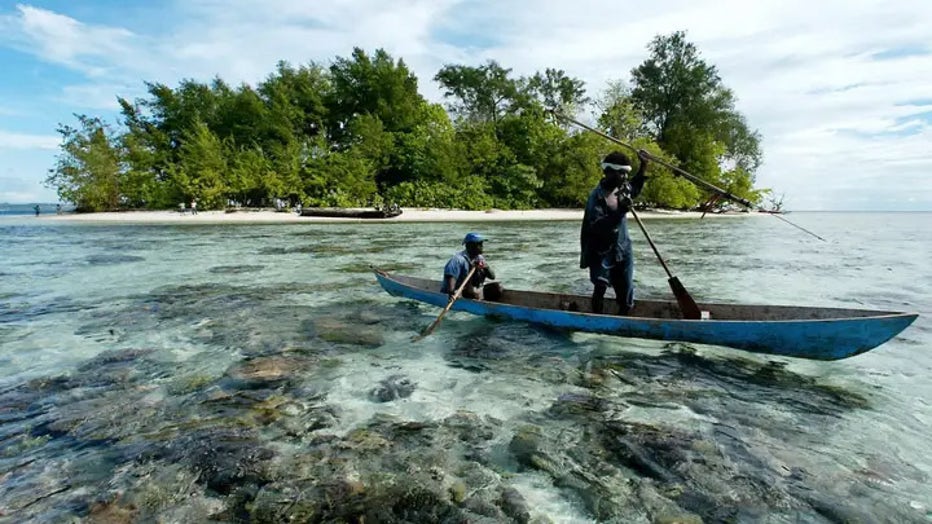 Fishermen paddle off Kennedy Island in the remote Western Province of the Solomon Islands, on July 28, 2003, near where Kennedy's patrol boat PT-109 was rammed by a Japanese destroyer in Aug. 2, 1943. (TORSTEN BLACKWOOD/AFP via Getty Images)

Kennedy collapsed upon reaching a small spit of land called Plum Pudding Island — later renamed Kennedy Island. The rest of the crew made it ashore, too.

Their ordeal had only begun.

Kennedy explored the surrounding islands, again by swimming, moving the men when needed — all while dodging Japanese patrols and hazards of the Pacific Ocean.

Finally, he encountered two sympathetic natives on one island and with their help carved a message into a coconut.

The islanders left by canoe and miraculously got the message on the coconut into the hands of an Allied patrol.

Kennedy and his crew were rescued by PT-157 and PT-171 on August 8, six days after their boat was torn from beneath them. 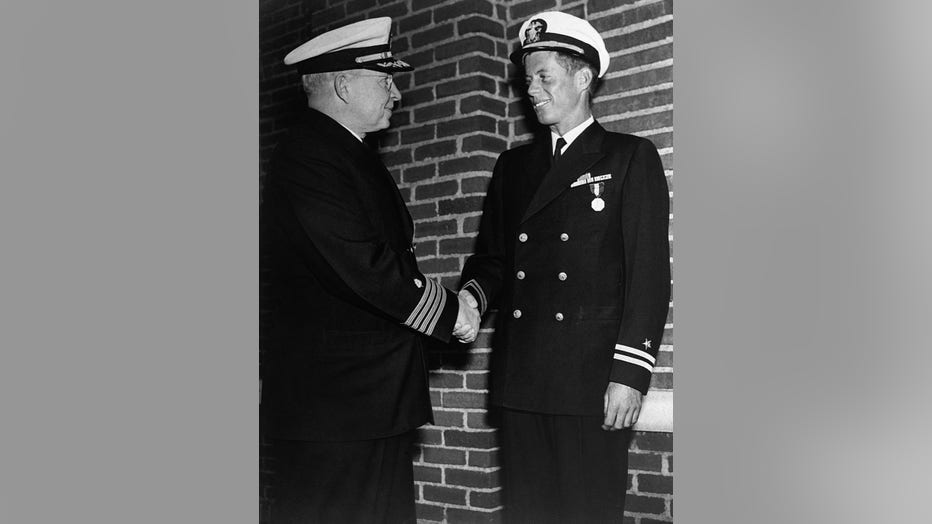 John F. Kennedy shakes hands with Captain Conklin, Commandant, Chelsea Naval Hospital, Boston, after being presented with a medal for heroism in service in the Navy during World War II. June 12, 1944. (Photo by Corbis via Getty Images)

Kennedy was awarded the Navy and Marine Corps Medal, the highest non-combat honor for bravery in the Navy, and a Purple Heart for injuries he suffered during the ordeal.

Major American media picked up his story. The nation learned that Kennedy was first declared physically unfit for military duty, in part because of a severe back injury he suffered while playing football at Harvard.

But he leveraged the connections of his wealthy father Joseph Kennedy, including Director of Navy Intelligence Capt. Alan Kirk, to cut the red tape and join the Navy. 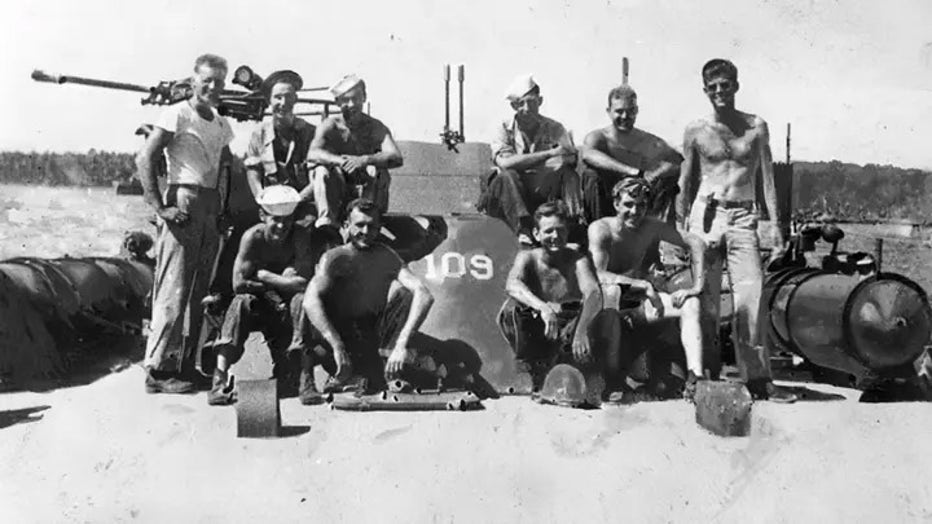 Torpedo tubes and other wreckage were found 1,200 feet below the sea by explorer Robert Ballard, the same man who found the wreckage of the Titanic.

Kennedy's heroics proved one of the formative events of his life.

"Kennedy the president had a PT-109 float in his inaugural parade, doled out 109 tiepins to visitors, and kept his medals on permanent display," National Geographic noted after its discovery of the wreckage.

"And on his Oval Office desk sat, lacquered and almost illegible, the world's most important coconut."

LINK: Get more on this story from FOXnews.com