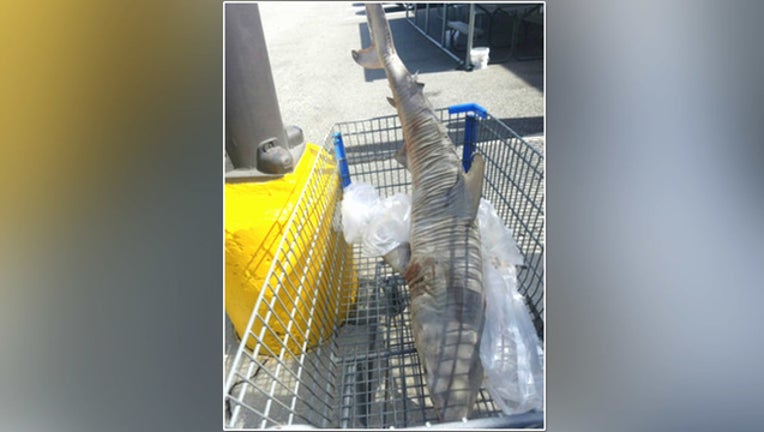 ST. AUGUSTINE, Fla. - Authorities are mystified as to why a 5-foot-long dead shark was left in the parking lot of a northeast Florida Wal-Mart just days before another dead shark was found nearby.

The St. Augustine Record reports St. Johns County Sheriff's deputies were called to the store parking lot last week after the shark was found in a shopping cart.

Deputies talked to the owner of an RV parked nearby and learned that the RV owner had woken to find the shark on his vehicle's hood. The owner said he then put it in the cart.

The sheriff's office says days later they were called to driveway in Vilano Beach and found another dead shark.

The deputies called in the Florida Fish and Wildlife Commission to dispose of the sharks.