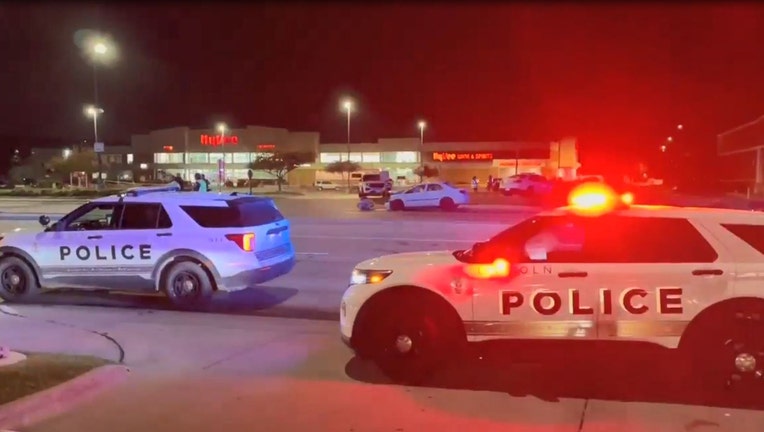 Police on scene in Lincoln, Nebraska where two people were killed and at least 20 others were injured in a car crash. Image: KOLD / NNS

Two people were killed and 20 others were injured after a crash that sent two cars careening into a crowd of bystanders at an annual Memorial Day weekend cruise night in Nebraska’s capital, police said Monday.

Two women, ages 20 and 22, had been inside one of the cars and died in the Sunday night crash on O Street in Lincoln. One person was listed in critical condition and the others were treated at hospitals for injuries not believed to be life-threatening, Lincoln Police Capt. Max Hubka said.

"We do not believe nor is there any evidence this was an intentional act," Lincoln police said in a statement.

A witness told the Lincoln Journal Star that a speeding car crashed into another vehicle attempting a turn at an intersection. Hubka said both vehicles jumped the curb and struck several people standing between the street and a parking lot.

Police did not immediately respond to inquiries from The Associated Press.

Details of the cruise night are not clear. Authorities have previously said that some drivers have attempted dangerous maneuvers to excite the crowd, such as burnouts and speeding. Hubka said none of the officers assigned to monitor the event witnessed the crash, but law enforcement reached the scene within a minute.

The investigation is ongoing, Hubka said.