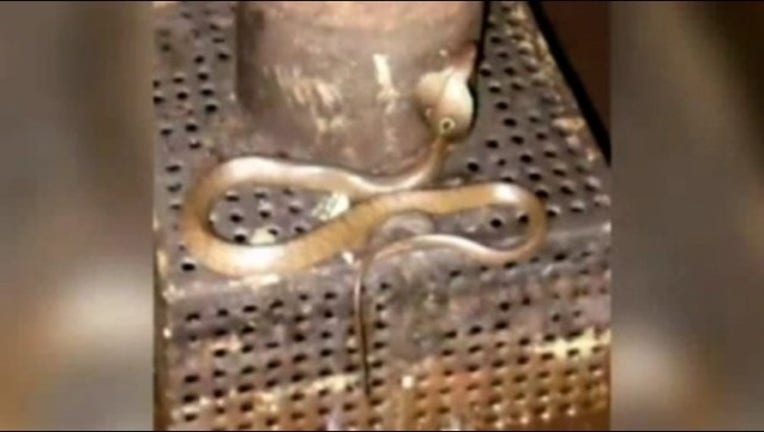 ELIZABETH, N.J. (AP) — Longshoremen were alarmed to find a poisonous Indian cobra aboard a ship as they unloaded cargo at New Jersey's Port Elizabeth.

A reptile expert from the Bronz Zoo boarded the vessel.

Kevin Torregosa tells WNBC-TV (http://bit.ly/1RWaUm0 ) in New York he and his partner located the 18-inch, 1-year-old snake not far from where the longshoremen had spotted it.

Torregosa says the snake was a bit dehydrated and weak.

If the snake remains, it will be the only one of its species at the zoo.