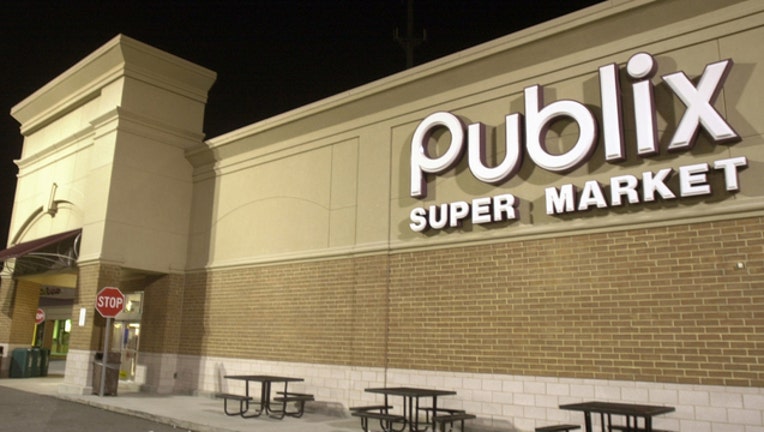 MIDLOTHIAN, Va. - A Virginia family is looking for answers after their daughter, who is deaf, was allegedly punched by a customer when she didn't hear her question while working at a Richmond-area Publix.

WRIC in Richmond reports 21-year-old Liberty Gratz, who is both deaf and has impaired vision, was working at the store in Midlothian and was kneeling down to straighten out a bottom shelf.

The customer allegedly approached Gratz, who could not see or hear her, and had asked where to find an item in the store.

But, because Gratz didn't respond, the scene escalated quickly, and the customer reportedly struck Gratz.

"All of a sudden, I felt some woman hit me in my back," Liberty Gratz tells WRIC, who was signing as her mother Jeanette Gratz interpreted.

Liberty Gratz uses American Sign Language (ASL) to speak with family and friends and communicates with shoppers by writing on a pad of paper. She tells WRIC the punch came out of nowhere

"She doesn't have that peripheral vision, so she's really focused on her work," said Jeanette Gratz. "She doesn't always notice the people beside her."

After the woman got her attention, Liberty Gratz tells the news outlet she pointed the customer in the direction of what she needed.

She told her mother she was still shaken after being struck.

"She could still feel it when I picked her up from work," said Jeanette Gratz. "How would you feel if you were working and someone just came up behind you and decided to punch you?"

According to WRIC, Liberty and Jeanette Gratz say Publix has been overly supportive since the attack.

They say Liberty Gratz 's department and store managers tried to identify the customer who attacked her by looking through security footage, but no one could make out who it was.

"They kept looking again and again and again, but you couldn't see because there were so many people blocking the camera," said Liberty Gratz. "It was hard for me to really see her face to make sure it was the right person."

A GoFundMe page was set up to support Liberty and her twin brother, Triton, who are both deaf and have been diagnosed with Usher Syndrome. The page has been following the siblings and their family as they went through testing and treatment for both their vision and hearing.

According to the GoFundMe page, Usher Syndrome affects about 400,000 people across the world, and is the most common genetic cause of combined deafness and blindness. Liberty and Triton Gratz were also diagnosed with Retinitis Pigmentosa, which causes blindness.

While Liberty Gratz does not know who struck her, she tells Richmond reporters she would love to sit down with the customer and have a conversation with her about being kind to people with and without disabilities.

"I know hurt people usually are the ones that hurt people," said Jeanette Gratz to WRIC.

"And so whoever it is, they've been prayed for. I will continue to pray for them, and I hope that things get better in their life so they can be better to other people," she said.