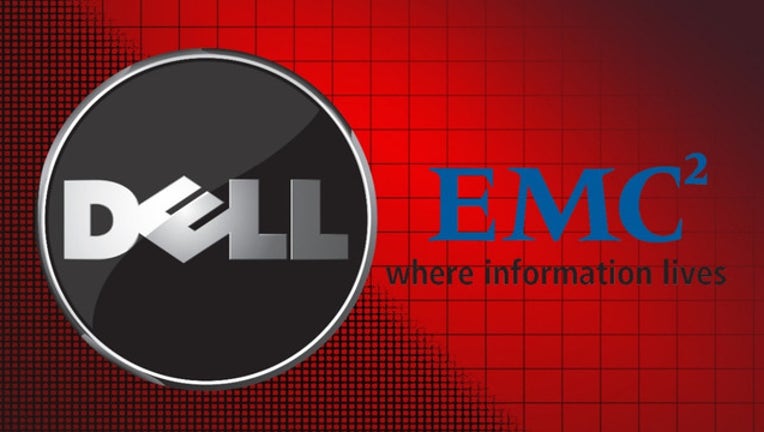 NEW YORK (AP) - Dell is buying data storage company EMC for $67 billion in a huge bet on a segment of technology that has proven to be more profitable than the slumping personal computer market.

The acquisition announced Monday marks Dell's latest attempt to lessen its dependence on the PC industry that it helped pioneer as demand for desktop and laptop machines weakens amid the growing popularity of smartphones and tablets.

The Dell-EMC union is an illustration of how older technology companies are scrambling to adapt to the upheaval unleashed by Apple's introduction of the trendsetting iPhone eight years ago and the advent of digital services that are hosted in remote data centers so they can be reached by any Internet-connected device.

Since going private in a $25 billion deal completed in 2013, Dell Inc. has been investing in research and development and expanding its software and services business as those in the technology industry continue to struggle with soft PC sales.

EMC meanwhile has been shifting from a provider of data storage hardware such as on-premise data centers to offering a more comprehensive suite of products to businesses, from cloud storage to security offerings.

"Our new company will be exceptionally well-positioned for growth in the most strategic areas of next generation IT including digital transformation, software-defined data center, converged infrastructure, hybrid cloud, mobile and security," Michael Dell said in a written statement.

"It's a landmark, historic deal that really brings them into the enterprise market and makes them a behemoth," Ives wrote in a Monday note.

The deal had been rumored for weeks. EMC, based in Hopkinton, Massachusetts, makes data storage equipment and provides other IT services to companies. It also has an 80 percent stake in cloud-computing company VMware Inc., which will stay an independent, publicly traded company.

EMC has been facing tough competition in the storage sector as companies including Amazon, Microsoft and IBM have stepped up cloud storage offerings.

Forrester analyst Glenn O'Donnell said the deal is good news for EMC and its customers.

"Speculation has been somewhat scary for them, but Dell is a trusted player and a low-risk 'soft landing' for these customers," he said. It's a good move for Dell too, he added.

"Dell is fairly weak on storage, and EMC will help give it a full portfolio that it needs to compete with HP, Cisco, IBM, and the growing threat from Huawei," he said.

Shareholders of EMC Corp. will receive about $33.15 per share, which includes cash plus tracking stock linked to part of EMC's economic interest in the VMware business. That's a 19 percent premium to EMC's Friday closing price of $27.86.

The deal, which was approved by EMC's board, is targeted to close in the second or third quarter of Dell's fiscal year ending Feb. 3, 2017. It still needs approval from EMC shareholders.

Dell, started by Michael Dell in 1984 when he was just a teenager, went on to change the PC business with low costs, customized orders and direct sales first over the phone and later the Internet.