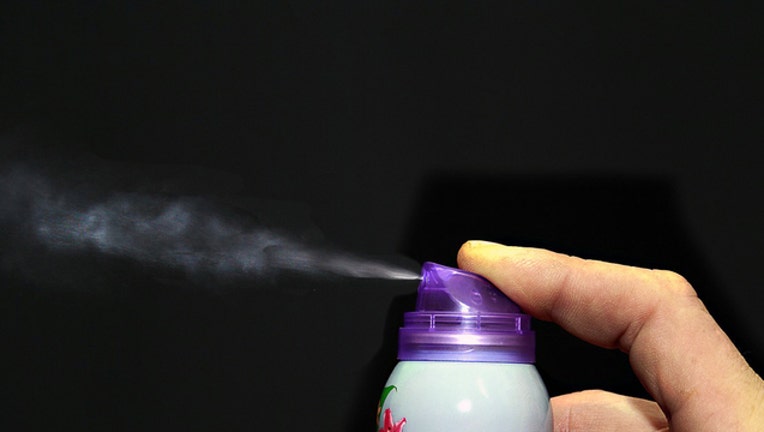 A file photo of an aerosol spray can courtesy of Pixabay.

SOUTH GLOUCESTERSHIRE, England - (FOX NEWS) -- A 15-year-old girl in England was left with horrific burns after deodorant was sprayed on her in the latest school craze.

Jamie Prescott, 42, said her daughter Ellie may need a skin graft after taking part in "The Deodorant Challenge" with her South Gloucestershire classmates.

The game involves spraying deodorant onto a person's bare skin for as long as possible, and has left Ellie with an injury so bad it is still weeping three weeks on.

Ellie described her injuries as "really painful" and said yellow liquid leaks out of the wound.

"It's a hole in my arm and there's all this yellow stuff coming out," she said. "My friend did it a year ago and has a scar, but said it wasn't as painful as mine. When I show people my injury they lift up their sleeves and show that they've all had it done too."