Fatiha Marzan, 21, is facing a first-degree murder charge for reportedly stabbing her younger sister to death at an Orlando home because she was allegedly flirting with her boyfriend, the Orange County Sheriff's Office said.

ORLANDO, Fla. - A Central Florida woman is facing a first-degree murder charge for reportedly stabbing her sister to death at an Orlando home, the Orange County Sheriff's Office said.

According to an arrest affidavit, Fatiha Marzan, 21, allegedly killed her sister – 20-year-old Sayma Marzan – because she had been flirting with her boyfriend.

Authorities said Fatiha recently found out that her long-distance boyfriend of five years would flirt back with Sayma and that he told Sayma he loved her.

On Sept. 26 at 7:30 p.m., Orange County deputies responded to a home on Southern Charm Drive where the sisters shared a bedroom after Fatiha called 911 saying she stabbed her sister. When deputies arrived at the home, they found Sayma dead inside. Fatiha admitted to deputies that she stabbed Sayma in the heart three to four times, the affidavit stated. 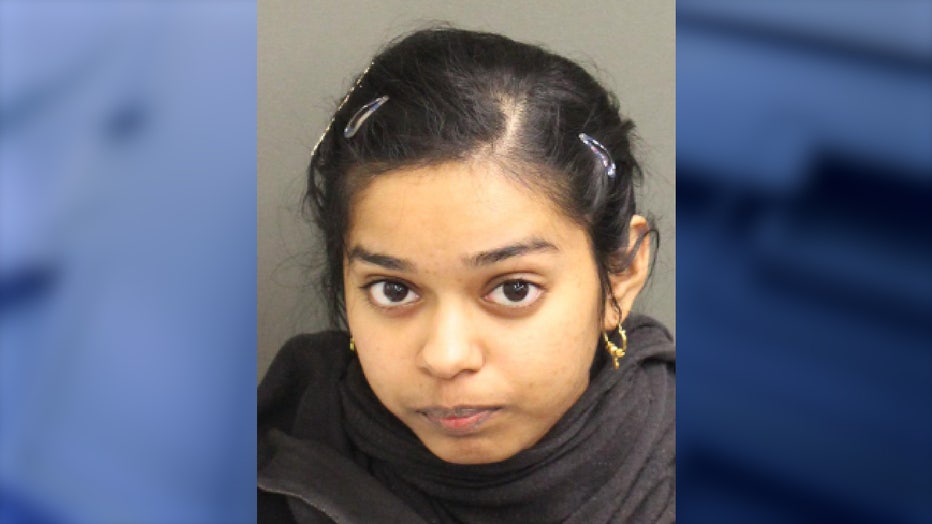 Fatiha bought a knife set from Amazon two weeks prior to the stabbing – which she hid in a closet – and planned when she would murder her sister, law enforcement said.

"Fatiha knew she had to wait until her family was asleep to stab Sayma because she did not want anyone to hear the incident," the affidavit stated. "Fatiha consciously decided to kill her sister, Sayma, and the decision was present in her mind at the time of the killing."

Fatiha is being held in jail without bond.