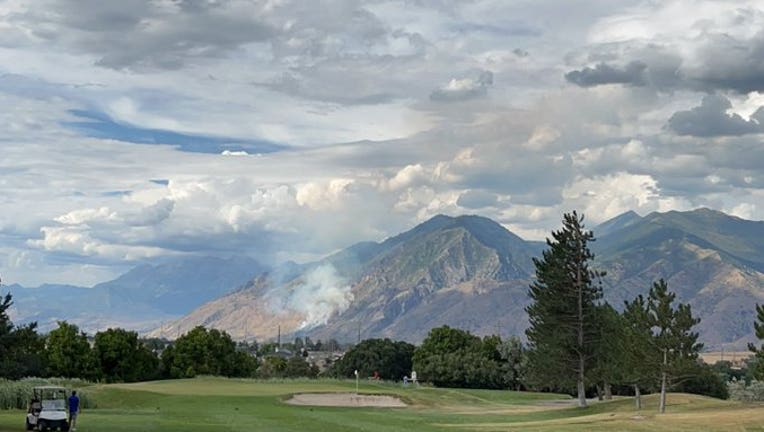 SPRINGVILLE, Utah - Authorities said a man using a lighter to burn a spider sparked a wildfire near Springville, Utah.

"Suspect arrested in fire east of Springville," The Utah County Sheriff’s Office tweeted Monday. "He told law enforcement he was using a lighter to burn a spider."

Authorities said they arrested the suspect and found drugs and paraphernalia in his backpack.

According to KUTV, Martin told authorities he found a spider while on the mountain and attempted to burn it using a lighter.

"When he attempted to burn the spider, the surrounding brush ignited and the fire began spreading very rapidly," the deputy reported to the outlet. "Cory having recklessly started the fire, caused a danger to human life and or the property of another."

As of Tuesday, officials said the fire has spread to 60 acres and 10% contained.

"Firefighters expect the containment to drastically increase by end of shift," officials said in a tweet.

According to the National Park Service, nearly 85% of wildfires in the U.S. are caused by humans. However, most result from campfires left unattended, the burning of debris, equipment use and malfunctions, negligently discarded cigarettes, and intentional acts of arson.