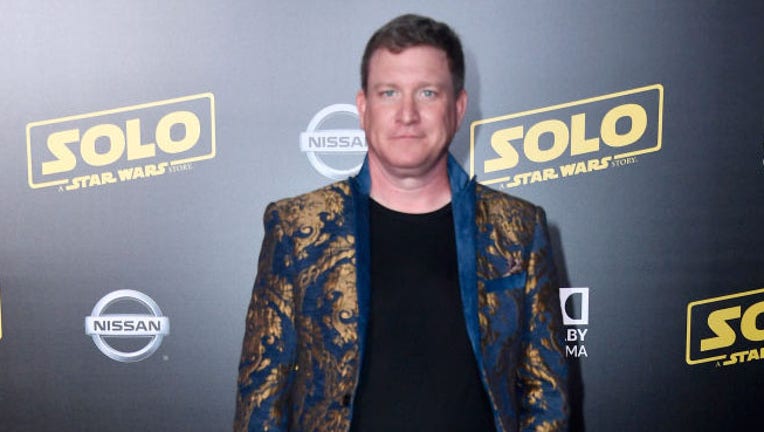 FILE IMAGE - Stoney Westmoreland attends the premiere of Disney Pictures and Lucasfilm's "Solo: A Star Wars Story" at the El Capitan Theatre on May 10, 2018, in Los Angeles, California. (Photo by Frazer Harrison/Getty Images)

Former Disney actor Stoney Westmoreland was sentenced to two years in a federal prison for attempting to lure a minor into sex and using interstate facilities to transmit information about a minor following a 2018 arrest in Salt Lake City, Utah.

Westmoreland, 52, initially faced 10 years behind bars on six separate felony counts, but he was allowed to plead down to lesser charges. He was arrested in December 2018 for allegedly trying to arrange to have sex with a 13-year-old boy.

The former "Andi Mack" star also received 10 years of supervised release and must register as a sex offender, according to Deadline.

His electronic devices will be subject to random searches and inspections, and he is required to report all electronic communication accounts, including email and social media handles.

He is also restricted from contact with individuals who are under the age of 18 and without adult supervision.

The actor was initially arrested on Dec. 13, 2018. He had been using the Grindr dating app when he found a profile that appeared to be of an underage boy, but was actually being operated by detectives in Salt Lake City where his Disney show was being filmed.

Westmoreland took a car from a ride-sharing app to meet the boy, so they could go back to his hotel room, authorities said at the time.

He had previously sent over explicit photos and asked for nude photos in return, authorities said.

Westmoreland acknowledged to police that he had sent nude photos, and knew the person he was speaking with said he was 13 years old, charging documents state.

An attorney for Westmoreland tells Fox News Digital her client believed he was actually speaking to an adult.

"Mr. Westmoreland maintains that he believed the person he was speaking with was likely an adult engaging in role play," Westmoreland's attorney Wendy Lewis said. "Had there been an actual minor there when he arrived, he would have left."

Lewis went on to say Westmoreland was evaluated by Dr. Fred Berlin of Johns Hopkins institute for the study, prevention and treatment of sexual trauma, who testified that Westmoreland showed no sexual interest in children.

Lewis continued, "Due to the possibility of a minimum 10-year sentence and conservative Utah juries, Mr. Westmoreland agreed to plead to the lesser offense of transmitting information about a minor for the purpose of engaging in sexual activity."

Shortly after his arrest, Westmoreland was dropped from his role as the grandfather of the teenage title character on the Disney show.

A Disney Channel spokesperson told Fox News at the time of Westmoreland's arrest: "Given the nature of the charges and our responsibility for the welfare of employed minors, we have released him from his recurring role and he will not be returning to work on the series which wraps production on its third season next week."

Westmoreland's other acting credits include "Scandal" and "Breaking Bad."