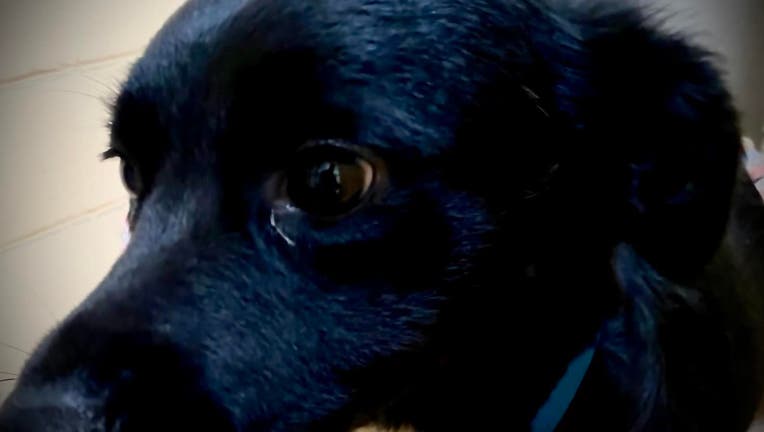 Saul, the border collie, who helped rescue his owner who had fallen off a cliff in Tahoe. Photo credit: Nevada County Search and Rescue

TRUCKEE, Calif. - A border collie named Saul is being called a hero after helping rescue crews save the life of his owner.

Saul's owner fell off a 70-foot cliff in Tahoe National Forest and Nevada County Sheriff Search and Rescue Teams were called out to find him Wednesday.

The 53-year-old hiker had fallen the night before, but managed to get himself to cell service to call for help. He told officials he thought he had a broken hip and broken ribs.

Searchers pinged his location, but were unable to find him.

It was Saul who ultimately led them to his location.

Saul ran through the forest and in true "Lassie" fashion, flagged down two searchers by jumping up and down and spinning in circles.

The rescuers said he took them right to the victim who was covered in a camouflage tarp, injured.

The man was flown to the hospital by helicopter. Medical teams described his injuries as ‘traumatic.’

"He was very lucky the dog directed our rescue personal to him," said Sgt Dennis Haack. "Great work and skill by all involved."

And for Saul, rescue crews said he was given lots of treats and transported back to Grass Valley for a well deserved dinner.