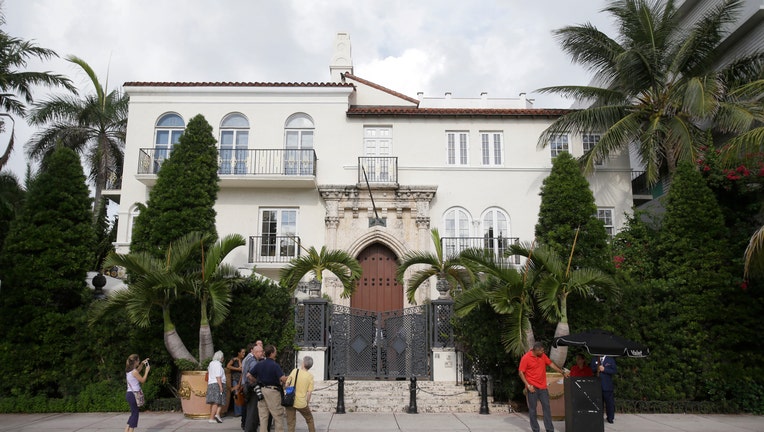 NEW YORK - Two men apparently killed themselves, police said, in a suite at the Miami Beach hotel that Gianni Versace turned into his mansion, nearly 24 years to the day before the fashion designer died on the building's front steps.

Their bodies were found by housekeeping on Wednesday, the eve of the anniversary of Versace's slaying by a suspected serial killer. A preliminary investigation ruled it "an apparent double suicide," Miami Beach spokesman Ernesto Rodriguez said Thursday in an email.

The scene was contained to the suite, and detectives are still investigating the deaths of Adam Rashap, 31, of Randolph, New Jersey, and Alexander Gross, 30, of York, Pennsylvania, police said.

Versace was gunned down on the morning of July 15, 1997, as he returned home from the News Cafe, a few blocks down Ocean Drive. Andrew Cunanan, who was suspected of killing four gay men from Minneapolis to New Jersey, shot him twice in the head at point-blank range.

Following a massive nationwide manhunt that lasted nine days, Cunanan, 27, killed himself in a houseboat where he had been hiding several miles (kilometers) from the mansion. His death left authorities with few answers to what motivated his killing spree.

"There was no suicide note and no correspondence to reflect why he committed the crimes,″ then-Miami Beach Police Chief Richard Barreto said at the time.

In the mid-1990s, along with Giorgio Armani, Versace was considered Italy’s leading ready-to-wear designer and a symbol of Italian fashion.

The Casa Casuarina was built in 1930 and was divided into apartments when Versace bought and converted the property in 1992. It has operated as a boutique hotel since 2015.