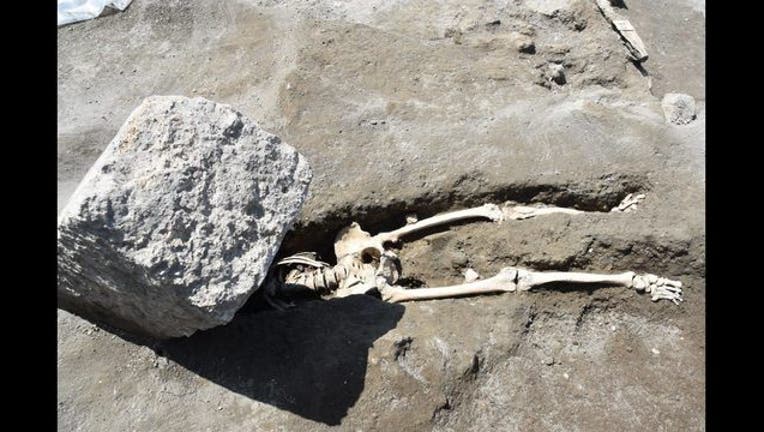 FOX NEWS - The discovery of a skeleton at the famous Pompeii archaeological site in Italy has revealed the gruesome fate that befell one of the ancient victims of the Mount Vesuvius eruption.

A new excavation at the site unearthed the skeleton of a man who was crushed by a large block of stone while attempting to flee the eruption in 79 A.D.

In a Facebook post on Tuesday, officials explained that the man’s body had been “hurled back” by the force of the volcano’s pyroclastic flow — a mix of hot lava fragments, ash pumice and volcanic ash. “A formidable stone block (perhaps a door jamb), violently thrown by the volcanic cloud, collided with his upper body, crushing the highest part of the thorax and yet-to-be-identified head, which lie at a lower height of the lower limbs, and probably under the stone block,” they wrote.