Driver spots tiny kitten on side of the road, ends up rescuing 13

Robert Brantley was leaving work when he spotted a tiny kitten on the side of the road. He stopped to rescue it – only to have twelve more little ones suddenly run out and surround him.

PIONEER, La. - This might be the most adorable 'ambush' ever.

It started out as a normal day for Robert Brantley, who was heading to the shooting range after work when he spotted a black and white kitten in the grass on the side of the road.

Brantley said he knew the tiny animal "wouldn't make it through the night" since it was obviously very young. 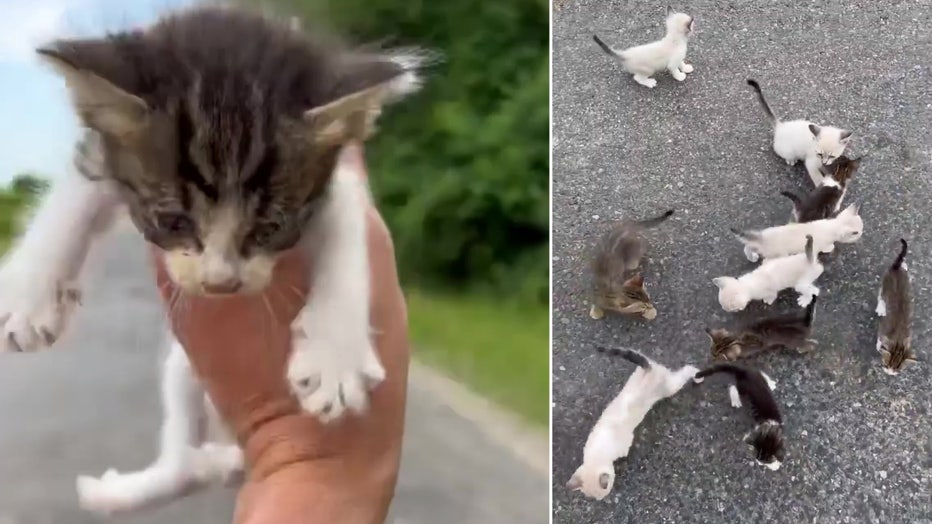 "The wife has been wanting a cat for the farm; figured I'd stop and rescue the thing," he wrote.

Brantley backed up his vehicle and began recording a video on his cell phone, expecting to capture just the one kitten.

RELATED: 'Please pick me': Dog given up because he was deaf finds forever home with deaf Tampa man

As he grabbed the little one, which was barely bigger than his hand, six more kittens came bounding out of the grass toward him.

"Oh my gosh, there's more!" Brantley could be heard exclaiming. "I can't take you all!" 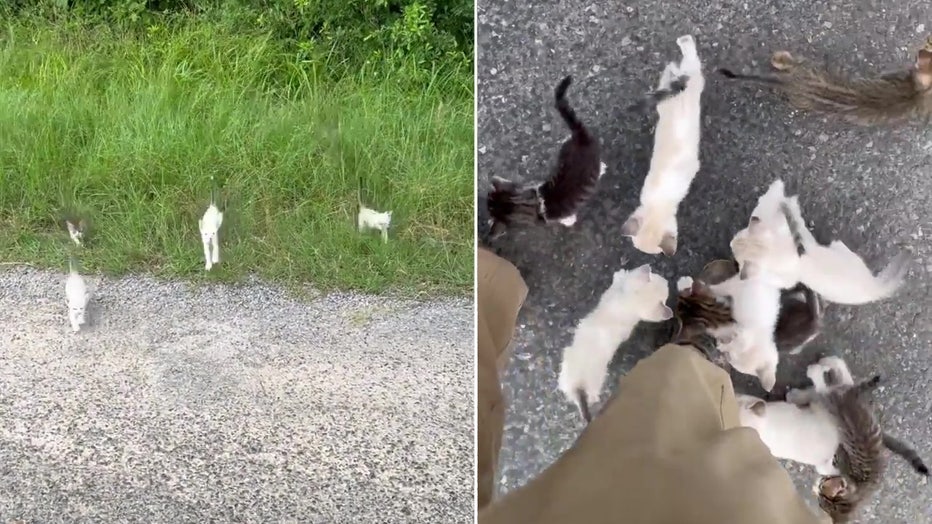 As the meowing kittens begin surrounding him, even more can be seen running out of the wooded area toward Brantley, which he described as getting "ambushed [by] the mob."

By the end of the video, he resigns himself to the fact that he will be rescuing them all.

"I thought I was saving one. Hot diggety dog!" Brantley sighs. 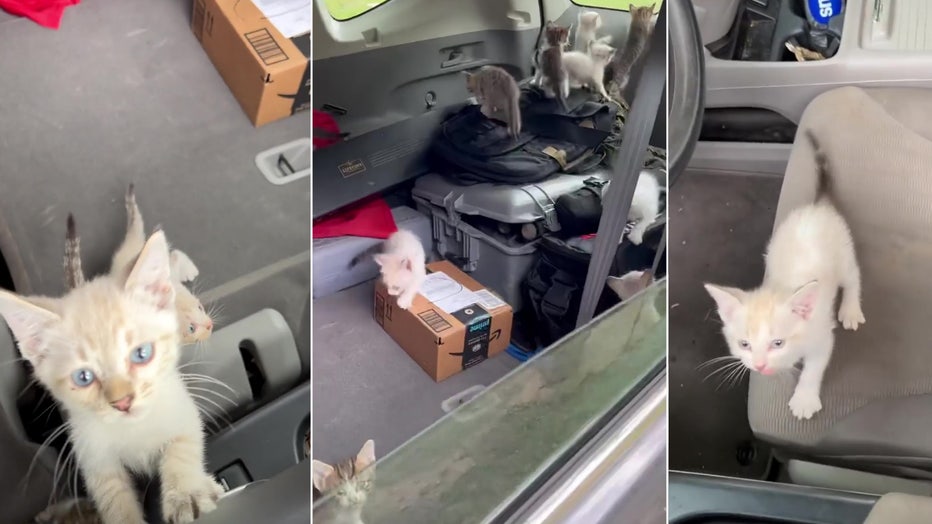 RELATED: 'I keep having flashbacks': Woman recovering after saving 17 foster cats from inside burning home

A second video shows what happened once he managed to wrangle all the kittens into his car.

"I couldn't keep up with them as I would throw one in and 2 would jump out," he wrote. "So I had to close the door with the window down and funnel em in."

Since posting the videos to his Facebook page, they have gone viral, with thousands praising him for saving the litter. He has been asking his followers for advice on how to care for them as he works on finding homes for them.

However, Brantley says his family plans on keeping the very first kitten that he had stopped to rescue originally – and they've already named him "Scout."