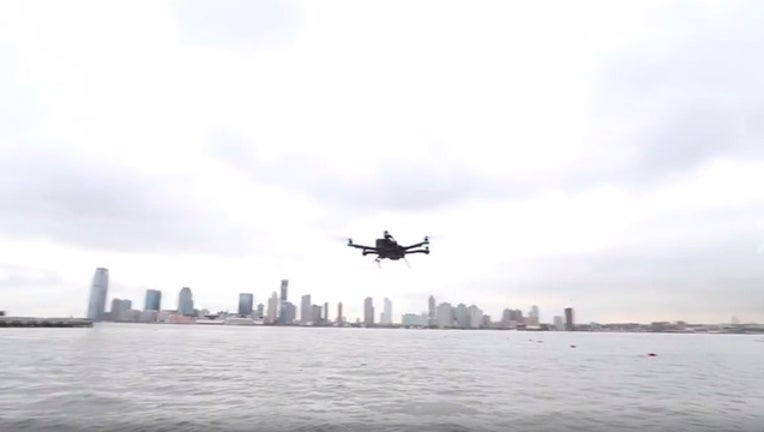 FILE photo of a GoPro Karma drone via Facebook.

NEW YORK (FOX5NY) - Police in New York City are looking for the owner of a drone that crashed through a window on a high-rise apartment building.

Police say a 66-year-old woman living in the apartment was at her computer when the drone crashed through the window and landed just a few feet away from her. She wasn't injured.

Police have recovered the drone, but so far don't know who owns it. Their investigation is continuing.

Waterside Plaza is a residential and retail complex of four towers and a row of townhouses built next to the FDR Drive on top of landfill in the East River.

According to the GoPro website, the drone is 14 inches long and 8.8 inches wide.  It can fly at speeds reaching 35 MPH and weighs about two pounds.