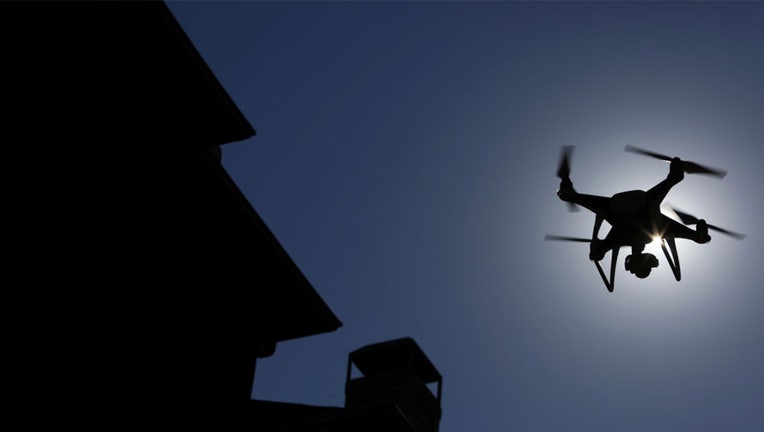 REMINGTON, Va. - For years, there's been a cardinal rule for flying civilian drones: Keep them within your line of sight. Not just because it's a good idea — it's also the law.

But some drones have recently gotten permission to soar out of their pilots' sight. They can now inspect high-voltage power lines across the forested Great Dismal Swamp in Virginia. They're tracking endangered sea turtles off Florida's coast and monitoring seaports in the Netherlands and railroads from New Jersey to the rural West.

Aviation authorities in the U.S. and elsewhere are preparing to relax some of the safeguards they imposed to regulate a boom in off-the-shelf consumer drones over the past decade. Businesses want simpler rules that could open your neighborhood's skies to new commercial applications of these low-flying machines, although privacy advocates and some airplane and balloon pilots remain wary.

For now, a small but growing group of power companies, railways and delivery services like Amazon are leading the way with special permission to fly drones "beyond visual line of sight." As of early July, the U.S. Federal Aviation Administration had approved 230 such waivers — one of them to Virginia-based Dominion Energy for inspecting its network of power plants and transmission lines.

"This is the first step of what everybody’s expecting with drones," said Adam Lee, Dominion's chief security officer. "The first time in our nation’s history where we’ve now moved out into what I think everyone’s expecting is coming."

That expectation — of small drones with little human oversight delivering packages, assessing home insurance claims or buzzing around on nighttime security patrols — has driven the FAA's work this year to craft new safety guidelines meant to further integrate drones into the national airspace.

The FAA said it is still reviewing how it will roll out routine operations enabling some drones to fly beyond visual line of sight, although it has signaled that the permissions will be reserved for commercial applications, not hobbyists.

"Our ultimate goal is you shouldn’t need a waiver for this process at all. It becomes an accepted practice," said Adam Bry, CEO of California drone-maker Skydio, which is supplying its drones to Dominion, railroad company BNSF and other customers with permission to fly beyond line of sight.

"The more autonomous the drones become, the more they can just be instantly available anywhere they could possibly be useful," Bry said.

Part of that involves deciding how much to trust that drones won't crash into people or other aircraft when their operators aren't looking. Other new rules will require drones to carry remote identification — like an electronic license plate — to track their whereabouts. And in the aftermath of Russia's war in Ukraine — where both sides have used small consumer drones to target attacks — the White House has been pushing a parallel effort to counter the potential malicious use of drones in the U.S.

At a gas-fired plant in Remington, Virginia, which helps power some of Washington's suburbs, a reporter with The Associated Press watched in June as Dominion Energy drone pilots briefly lost visual line of sight of their inspection drone as it flew around the backside of a large fuel tank and the top of a smoke stack.

Previously, "you would have to erect scaffolding or have people go in with a bucket truck," said Nate Robie, who directs the drone program at Dominion. "Now you can go in on a 20-minute flight."

Not everyone is enthused about the pending rules. Pilots of hot air balloons and other lightweight aircraft warn that crashes will follow if the FAA allows largely autonomous delivery drones the right of way at low altitudes.

"These drones cannot see where they are flying and are blind to us," said a June call to action from the Balloon Federation of America.

"There is a greater chance that you’ll have drones flying over your house or your backyard as these beyond-visual-line-of-sight drone operations increase," said Jeramie Scott, a senior counsel at the Electronic Privacy Information Center who sat on the FAA's advisory group working to craft new drone rules. "It’ll be much harder to know who to complain to."

EPIC and other groups dissented from the advisory group's early recommendations and are calling for stronger privacy and transparency requirements — such as an app that could help people identify the drones above them and what data they are collecting.

"If you want to fly beyond visual line of sight, especially if you are commercial, the public has a right to know what you’re flying, what data you are collecting," said Andrés Arrieta, director of consumer privacy engineering at the Electronic Frontier Foundation. "It seems like such a low bar."